Samsung Galaxy A41 Battery Appears on Certification Site, Said to Be of 3,500mAh Capacity

Samsung Galaxy A40 may soon gets Galaxy A41 as its successor

Samsung Galaxy A41 battery has purportedly surfaced online just days after its key specifications leaked. A certification in South Korea has provided some details around the battery of the Galaxy A41. The new Samsung phone, which is believed to be the successor to the Galaxy A40, is expected to debut sometime in the coming future -- alongside other new Galaxy A-series models, including the Galaxy A11 and Galaxy A31. The rumour mill has already suggested that the Galaxy A41 will come with a triple rear camera setup and include up to 128GB of onboard storage. The Galaxy A41 would also run Android 10 out-of-the-box, along with a new One UI version on top.

As per the listing on South Korea's Safety Korea website, a battery pack has been certified with model number EB-BA415ABY. This sounds familiar if we look at the rumoured Samsung Galaxy A41 that surfaced on previous reports with model number SM-A415X. Therefore, it is believed that the certified battery is associated with the new Galaxy A-series model.

The certification listing on the South Korean site also includes an image of the battery pack. Due to low quality, the image doesn't provide any exact details about the battery. However, tech blog Nashville Chatter in a report citing the certification claims that the battery is of 3,500mAh capacity.

The reported capacity is slightly larger than the 3,100mAh battery available on the Samsung Galaxy A40. But nonetheless, the Galaxy A41 is said to have 15W charging support, which is identical to its predecessor. 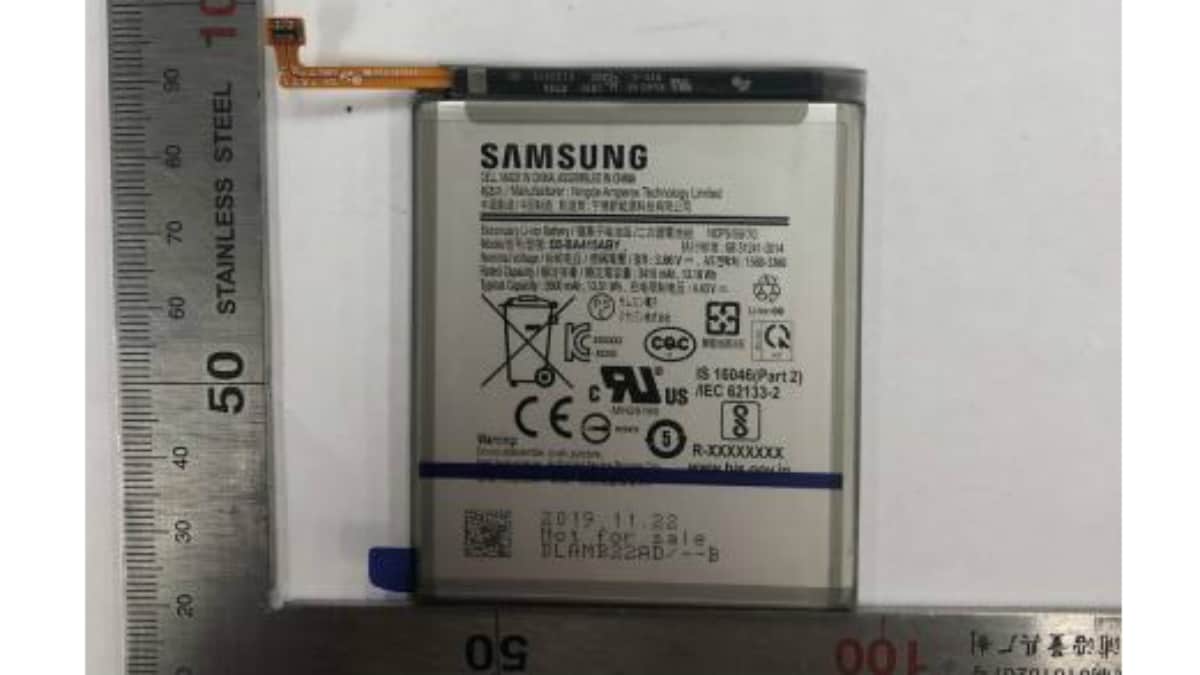 This could be the battery pack of the Samsung Galaxy A41
Photo Credit: Safety Korea

Initial reports claimed that the Galaxy A41, alongside other new Galaxy A-series phones, would come with up to 128GB of onboard storage. However, a recent rumour indicated that the new model may just have 64GB of storage option.

Samsung unveiled the Galaxy A40 in March. This means that it is safe to presume that its successor would debut sometime in the first quarter only.

Further reading: Samsung Galaxy A41 specifications, Samsung Galaxy A41, Samsung
Jagmeet Singh Email Jagmeet
Jagmeet Singh writes about consumer technology for Gadgets 360, out of New Delhi. Jagmeet is a senior reporter for Gadgets 360, and has frequently written about apps, computer security, Internet services, and telecom developments. Jagmeet is available on Twitter at @JagmeetS13 or Email at jagmeets@ndtv.com. Please send in your leads and tips. More
Jio Largest Telco in Terms of Revenue, Customer Base: India Ratings
TikTok, DSCI Partner to Launch Quiz to Spread Awareness on Online Privacy

Samsung Galaxy A41 Battery Appears on Certification Site, Said to Be of 3,500mAh Capacity
Comment
Read in: हिंदी தமிழ்