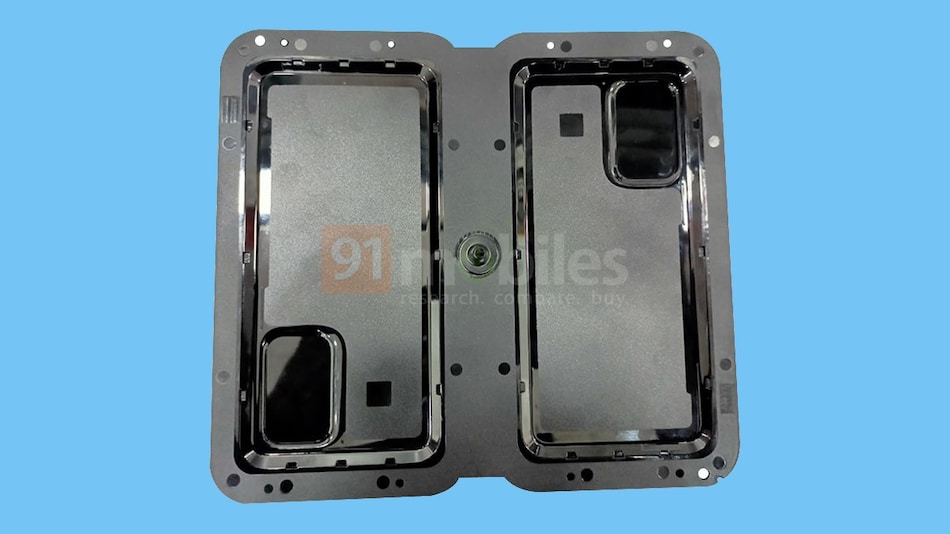 The upcoming Samsung Galaxy A33 5G was spotted on the Safety Korea certification website. The listing shows that the soon-to-be-launched Samsung smartphone has a rated battery capacity of 4,885mAh with a typical battery capacity of 5,000mAh battery. As per the listing, the battery will have EB-BA336ABY as its internal designation which is manufactured by Ningde Amperex Technology Limited. The listing was first spotted by GalaxyClub (in Dutch).

Separately, 91Mobiles has shared some images of a Samsung smartphone with the model designation SM-A336, speculated to be the upcoming Galaxy A33 5G smartphone. The images — obtained from an industry insider — show the frame, mould, and rear case of the Samsung smartphone. As per the images, the smartphone has a similar rectangular camera module - as the one seen on the Galaxy A32. The renders shared earlier this month show a quad rear camera setup with an LED flash.

As seen in the images, the Galaxy A33 5G will get a USB Type-C port, a microphone, and a speaker grille at the bottom while the SIM tray is seemingly placed at the top. On the right spine, the smartphone is shown with the volume rocker and the power button. The interior of the Galaxy smartphone is also visible in the images, but no components are shown. The Galaxy A33 5G is said to not sport a 3.5mm headphone jack.