Samsung is rolling out the update in a staggered manner

Samsung Galaxy A30s is getting updated to One UI 2.0

Sammobile has reported that the Samsung Galaxy A30s is currently getting a software update with firmware version A307FNXXU2BTD1. The publication states that the update started rolling out last week. The new software not only brings Samsung's One UI 2.0, but also updates the phone to the March 2020 security patch. The update is said to be live in Afghanistan, Iraq, Laos, Libya, Philippines, Malaysia, Russia, Taiwan, Thailand, Vietnam, and the UAE. There are no reports of the software rolling out in India at the moment. 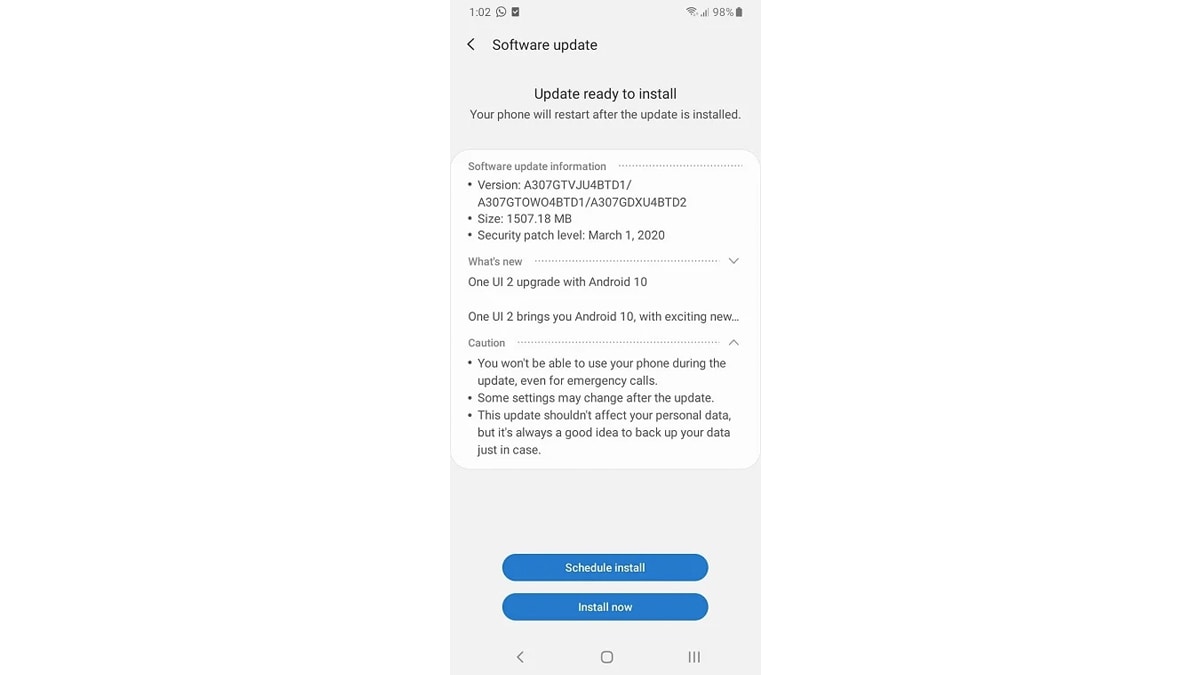 This new software update is around 1.5GB in size and brings the new features from One UI 2,0 to the Galaxy A30s. New features include new navigation gestures, smoother animations, new icons, and more.

Further reading: Samsung, Samsung Galaxy A30s
Aditya Shenoy Email Aditya
Aditya Shenoy reviews smartphones, wearables, headphones and speakers for Gadgets 360, out of Mumbai. Aditya is a reviewer for Gadgets 360 and has written extensively about smartphones, software updates, and upcoming devices. Aditya is available on Twitter at @adishenoy, and you can mail him at adityashenoy@ndtv.com, so please send in your leads and tips. More
iPhone SE vs iPhone SE (2020): What's the Difference?
Nokia 9.3 PureView Tipped to Sport 120Hz Display, 108-Megapixel Main Camera