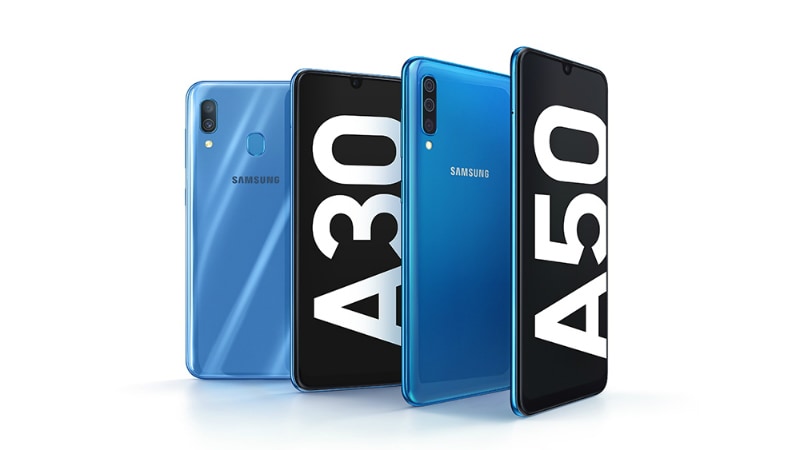 SAmsung Galaxy A50 to launch in India on February 28

Samsung has sent out press invites for an event in Mumbai on February 28. The company hasn't revealed what it plans to reveal, but we expect Samsung to launch the new Galaxy A50 and Galaxy A30 phones in the country. The two phones have just been made official, flagging of the upgraded 'Galaxy A' series, and they are now set to launch in India this week. Samsung has also confirmed an event for February 27 in Delhi, where it is set to launch the Galaxy M30.

Samsung's Mumbai event is just a day after the Galaxy M30 event in Delhi and the invite is as minimal as it gets. The invite reads, "Witness Samsung's next meaningful innovation." This doesn't say much, but speculations are rife that Samsung will launch the next-gen 'Galaxy A' phones on February 28 in Mumbai. Samsung India chief marketing officer Ranjivjit Singh has confirmed that the South Korean giant will unveil one smartphone from the Galaxy A series every month beginning in March, through June. The Galaxy A series microsite has also gone live in India.

Furthermore, a notice on the Samsung Members app has already revealed that the Samsung Galaxy A-Series is all set to launch in India on February 28. It remains to be seen if Samsung launches both the phones, or decides to only launch only one at the event, and launch the other at a later date in the Indian market.

Samsung Galaxy A50 comes with a 6.4-inch full-HD+ Super AMOLED display, an octa-core processor, a 25-megapixel front camera, and packs a 4,000mAh battery. The triple camera setup houses one 25-megapixel sensor, another 5-megapixel sensor, and a last 8-megapixel sensor. It comes in 4GB RAM and 6GB RAM options. Inbuilt storage is offered in 64GB and 128GB options, with expansion of memory via a microSD card slot (up to 512GB).

Samsung Galaxy A30 comes with the same display, an octa-core processor, a 16-megapixel selfie sensor, and a similar 4,000mAh battery. It features only a dual camera setup with one 16-megapixel sensor and another 5-megapixel sensor as well. It packs 3GB and 4GB RAM options, and inbuilt storage is offered at 32GB and 64GB with the option to expand further using a microSD card slot (up to 512GB).

MWC 2019: OnePlus 5G Phone Prototype With Snapdragon 855 Showcased, but There Isn't Much to See