Samsung Galaxy A20 to Go on Sale in India Starting Today: Price, Specifications 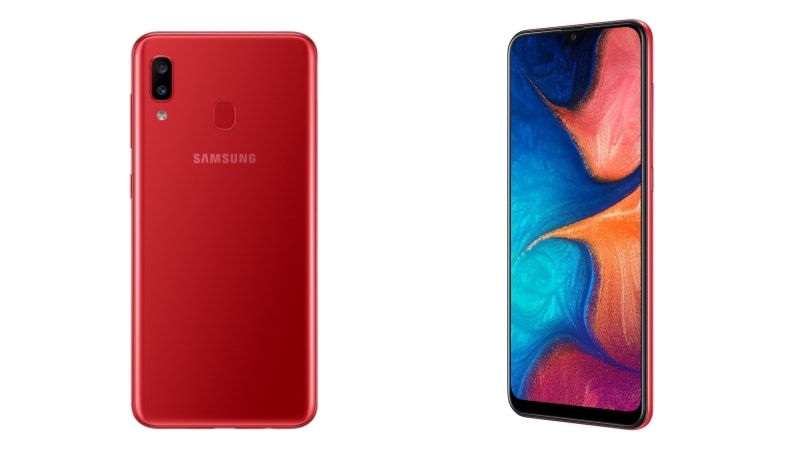 Samsung Galaxy A20 will go on sale in India for the first time today, via multiple platforms. The latest budget smartphone from the South Korean consumer electronics giant joins other offerings in the 2019 Galaxy A-series lineup. The Galaxy A20 sits above the already launched Galaxy A10, and below the Galaxy A30 and Galaxy A50. Highlights of the Samsung Galaxy A20 include its 4,000mAh battery with 15W fast charging over USB Type-C, apart from its Super AMOLED Infinity-V Display. The phone also comes with a dual camera setup on the back. Read on for more details about the Samsung Galaxy A20 price in India, sale platforms, and more.

Samsung Galaxy A20 price in India

The Samsung Galaxy A20 has been given a Rs. 12,490 price tag, and it will be available in Black, Blue, and Red colour variants. It was launched in India last week, and Russia last month. The Galaxy A20 will go on sale for the first time on Monday, April 8, via the Samsung online store, the Samsung Opera House, major e-commerce sites, as well as retail stores. At the time of publishing, the smartphone had not yet been listed on any of the above mentioned portals, and Samsung has not yet disclosed an exact time for availability.

The Samsung Galaxy A20 will be competing with the likes of Redmi Note 7 and Realme U1 in the country.

The Samsung Galaxy A20 runs on Android 9 Pie with the company's One UI. It sports a 6.4-inch HD+ (720x1560 pixels) Super AMOLED display with a waterdrop notch that follows the company's Infinity-V Display design language. The Galaxy A20 is powered by the octa-core Exynos 7884 SoC, which has two high power cores clocked at 1.6GHz and six efficiency cores with a clock speed of 1.35GHz. The Galaxy A20 will be released in a single storage configuration with 3GB of RAM and 32GB of onboard storage. The storage can be further expanded via a microSD card (up to 512GB).

Additionally, the smartphone packs a rear-mounted fingerprint sensor for biometric authentication. The Galaxy A20 comes equipped with a large 4,000mAh battery with fast charging support as well as USB Type-C port. It measures at 158.4x74.7x7.8 mm.