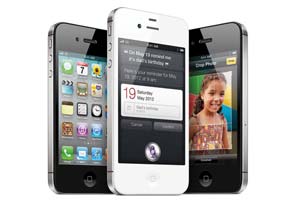 Back when Apple was an underdog, it had an easier time shrouding its product announcements in mystery and perhaps catching its competitors off guard.

But now technology companies are watching every one of Apple's moves - and scrambling to get out in front of them.

Nokia and Motorola Mobility, former leaders in the mobile race who are now also-rans, have scheduled events for Wednesday at which they are likely to announce new smartphones. And the next day, Amazon is expected to introduce new Kindle devices.

Sony and Samsung, among others, got a jump on things last week with announcements of new tablets and phones at a consumer electronics conference in Berlin.

But next week, the tech event calendar is largely blank - with the exception of an Apple news conference that is said to be scheduled for Sept. 12, where the company will reveal its latest iPhone, according to a person briefed on the company's plans, who declined to be named because those plans had not yet been made public.

"It seems that the rumor of an Apple announcement is having an effect on competitors' announcements, unless it's an amazing coincidence" that several events are scheduled this week and none the next, said Michael Gartenberg, a technology analyst at Gartner.

In past years it was common for technology companies to deliver product news at trade shows like the Consumer Electronics Show in Las Vegas. Now some major companies have scaled back their presence at those conventions and followed Apple's lead in running their own elaborate news conferences, hoping to grab the news media's undivided attention.

Fall product introductions are important to companies seeking to generate excitement ahead of the holiday shopping season. The fall has become especially jam-packed with news in recent years as both the number of companies involved and their product lines have grown, with the addition of players like Amazon and its Kindle products as well as all the companies building mobile devices based on Google's Android operating system.

This year is particularly intense because, in addition to Apple's anticipated news, Microsoft is releasing a new version of its flagship Windows operating system, as it does roughly every three years. Along with a wave of new traditional-looking personal computers, the introduction of Windows 8 will bring with it an array of tablet computers powered by the software, including Microsoft's own Surface tablet, due for release Oct. 26.

And later this fall, Apple is expected to unveil a smaller version of its iPad with a 7.85-inch screen.

"You're getting all sorts of maneuvering by companies around the time they have to have Christmas products out there," said Michael Mace, a former marketing executive at Apple and Palm who has a new start-up called Zekira. "I've got to have everything in shops in mid-November. Do I get more attention if I announce before other guys or after? How long before? If I do it in September, does stuff look like it's gotten old?"

With Apple's record of success now, the dates of its announcements are to be avoided - much as it is best to schedule around the debut of a surefire blockbuster from a competing Hollywood studio. Products announced after Apple's could be subject to uncomfortable comparisons or accusations of copying, if they are noticed at all.

"I would personally want to stay away from it unless I thought I had some killer product that I thought was going to be a devastating winner," Mr. Mace said.

Google, which owns Motorola Mobility, has already tried to upstage Apple. In June it scheduled an event about its mapping services just five days before Apple presented mapping software for the iPhone that will replace Google's technology. But Google drew some criticism for not actually having much new to say.

This week is especially important for Nokia, whose newer Lumia mobile devices have had tepid sales despite an aggressive marketing campaign. Accompanied by its partner Microsoft, Nokia will be showing smartphones with software that will let users swap files among phones, according to a person briefed on the company's plans, who declined to be named because the plans were not yet public.

Tero Kuittinen, an independent mobile analyst and vice president of Alekstra, a company that helps consumers reduce their phone bills, said it was crucial for Nokia to get ahead of Apple in order to send the message that its smartphones look and behave very differently from the iPhone.

"The only possible vulnerability that Apple has is that the look and feel of its phones is starting to stagnate," Mr. Kuittinen said. "What Nokia's hoping to do is shape the discussion and have consumers ask, 'Do I really want to have yet another look-alike device?' "

Is this the new iPhone?
Comments

After verdict, assessing the Samsung strategy in South Korea
Another Twitter tangle for Hamilton