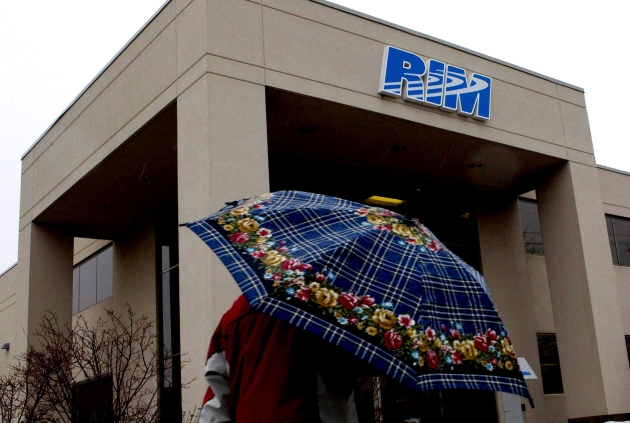 Struggling BlackBerry maker Research In Motion Ltd. said Thursday it will delay the launch of new phones deemed critical to the company's survival and revealed its business is crumbling faster than thought.

The Canadian company posted results for its latest quarter that were worse than analysts had expected. It's cutting 5,000 jobs and unexpectedly delaying the launch of its new phone operating system, BlackBerry 10, until after the holiday shopping season.

After several delays, the first phone with BlackBerry 10 was expected later this year. It will be delayed even longer, to the first quarter of next year, RIM CEO Thorsten Heins said.

The delay comes as North Americans are abandoning BlackBerrys for iPhones and Android phones. Analysts have long said the new BlackBerrys will come out too late to reverse RIM's fortunes. RIM was banking its future on the new BlackBerry 10 system, which is meant to offer the multimedia, Internet browsing and apps experience that customers now demand.

Now it will come out months after a new iPhone is expected to be released. Current and previous iPhones have made the BlackBerry look ancient.

Heins had vowed to do everything he could to release BlackBerry 10 this year but he said Thursday that the timetable simply wasn't realistic. He said RIM's top priority remains a successful launch of the new BlackBerrys.

"I will not deliver a product to the market that is not ready to meet the needs of our customers," Heins said on a conference call with analysts. "There will be no compromise on this issue."

The jobs cuts are part of a previously announced initiative to cut $1 billion in annual costs this year. They represent about 30 percent of RIM's workforce of about 16,500.

"It is necessary to change the scale and refocus the company," Heins said. "I fully understand the impact a workforce reduction of this size has on our employees and the communities in which we operate. I assure you that we wouldn't move forward with a change of this size if we didn't think it was critical for our future."

RIM shares tumbled $1.27, or 14 percent, to $7.86 in extended trading, after the release of the results. If they hold that level into regular trading Friday, they will set a nine-year low.

Heins acknowledged that he delivered "a lot of tough news."

"This was a challenging quarter for the company on many fronts," he said. "And I am not satisfied with the financial performance we are reporting today."

He said the company will release fewer models than in the past. He also said RIM will launch a BlackBerry 10 model with a physical keyboard close to the launch of a touch-screen model. RIM earlier said it would come out with the touch-screen model first, but didn't say when it would make one with a physical keyboard, a feature that many people stay with BlackBerrys for.

RIM has hired a team of bankers to help it weigh its options as it loses market share and its business erodes. Heins said they continue to study those options, but he declined to elaborate and said the board would have to approve any changes.

Excluding impairment charges, the latest loss was 37 cents per share. Analysts polled by FactSet were expecting a loss of 3 cents.

RIM said it shipped just 7.8 million BlackBerry smartphones in the quarter, down 41 percent from 13.2 million a year earlier.

Heins said the company is expecting the next several quarters to be "very challenging." He said RIM is in the midst of a platform transition and faces an increasingly competitive environment. Research firm IDC says BlackBerry's U.S. market share has plummeted from 41.1 percent in 2007 to 3.6 percent in first three months of 2012.

Colin Gillis, an analyst with BGC Financial, said the results and news of a BlackBerry 10 delay is far worse than the horrible news he had already expected. He said the worst quarters are still in front of RIM and management is not reducing expenses fast enough to compensate for the revenue decline. He expects this to be the last quarter that RIM will see subscriber growth and said he would not be surprised if RIM announces more layoffs by the end of the year.

"When a technology gets old, it's not a slow fade. It's a sharp cliff," Gillis said. "There is very little market for old technology."

Michael Walkley, an analyst with Canaccord, called the BlackBerry 10 delay dire and problematic in a rapidly changing technology sector.

"The biggest disappointment is the delay of the BlackBerry 10," he said. "It's extremely challenging for them to turn around the business when their new smartphone is launching that late."