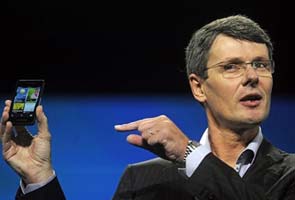 Research In Motion is confident its new BlackBerry 10 devices will be 100 percent ready for the January 30 launch and available in stores "not too long after" that, Chief Operating Officer Kristian Tear said on Tuesday.

"We're working hard right now to make sure all the bits and pieces and all the details are in place for the date, when the devices will be available for consumers and enterprises," Tear told Reuters in an interview.

RIM, which virtually invented the concept of mobile email with its first line of BlackBerry devices more than a decade ago, was roundly criticized for the botched 2011 launch of its PlayBook tablet computer, which RIM had hoped would compete with Apple's blockbuster iPad.

The PlayBook looked pretty and had top-of-the-line hardware. But its software was far from complete at the launch and needed multiple updates.

The device also lacked the library of apps available on the iPad and on devices that run on Google Inc's competing Android operating system.

RIM says its the new devices will be faster and smoother than its existing phones and have a large catalog of applications that are crucial to the success of any smartphone.

The company hopes the new devices will allow it to claw back some of the market share it has lost to Android and Apple phones.

Tear said RIM has used input from current BlackBerry users to influence the design of the new devices, The new phones both build on the strengths of RIM's existing operating system and improve on its weak points, he said.

RIM last month began carrier testing on the new devices, with an initial rollout to more than 50 carriers. Tear, who joined RIM a few months ago from Sony Mobile Communications, said RIM was expanding that to a wider group of carriers across the globe.

"We submitted to 50 carriers to begin with, and obviously that number is increasing as we move forward," he said. "Our ambition is to make this a global launch, everything will not happen at the same time, but it will be a global launch."

RIM has said it initially plans to roll out a high-end touchscreen version of the device. Phones with the mini QWERTY keyboards that many long-time BlackBerry users adore will come a few weeks later, while lower-end versions of both devices will be launched later in the year.

The company has yet to say exactly when the devices will be available in stores worldwide or how much they will cost.

"We have to agree with carriers as well on what they want to announce when, so it's not absolutely to our own discretion," Tear said.

Cost cutting
RIM, whose share price has fallen more than 90 percent from a 2008 peak around $148, is part way through a major restructuring, as it seeks to trim costs in the run-up to the launch of the new devices.

The company, which has also said it is examining its strategic options, is lowering operating costs by about $1 billion and cutting about 5,000 jobs, or about 30 percent of its workforce, by the time its fiscal year ends in early March.

"We are on track to deliver on that," said Tear. "It is an ongoing process, when it comes to efficiencies and costs."

RIM's Chief Legal Officer Steve Zipperstein said the company is pushing ahead with its strategic review.

"The process is ongoing and it continues to be a focus on RIM's senior management, but we have nothing to report at this moment," said Zipperstein.

RIM shares, which have risen slightly over the last couple of months in the run-up to the launch of BB10 devices, closed 4.7 percent lower at $8.40 on Nasdaq. RIM's Toronto-listed shares fell by a similar margin to C$8.40.