RIM is exploring a tie-up with Microsoft, network sale 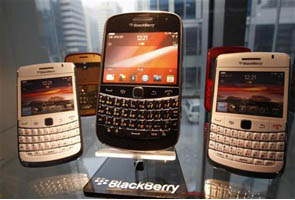 Research In Motion Ltd's board is under mounting pressure to consider unpalatable options such as selling its network business or forming an alliance with Microsoft Corp after the Blackberry maker again delayed the release of its next-generation smartphones, said three sources familiar with the situation.

Shares in the Canadian company, which announced a steeper-than-expected quarterly operating loss on Thursday, plunged 18 percent in extended trading, slashing its market value to $4.1 billion. The stock has fallen about 70 percent in the past year.

RIM said the launch of BlackBerry 10 mobile devices has been postponed to early 2013 - more than a year later than initially promised - because the development of its new operating system had "proven to be more time-consuming than anticipated."

RIM CEO Thorsten Heins - who replaced long-time co-chief executives Mike Lazaridis and Jim Balsillie in January - kicked off a broad strategic review in March that seeks to tie the fortunes of the company to the success of the new operating system.

But the latest setback has increased pressure on RIM's board to more seriously explore other options, including measures that would amount to an admission that its current strategy is untenable, said the sources, who declined to be identified because the information was confidential.

One of these options is for RIM to abandon its own operating system and adopt Microsoft's upcoming Windows 8. Microsoft CEO Steve Ballmer approached RIM shortly after Balsillie's departure, looking to strike a partnership similar to the one the software giant has with Nokia Oyj , the sources said. Under that partnership, Nokia will use Microsoft's latest Windows operating system on its smartphones.

In such a scenario, RIM could also look for Microsoft to buy a stake in the company and fund marketing and other expenses, the sources said. However, this option is not attractive to RIM because it would mean the end of the Waterloo, Ontario-based company's technology independence, they said.

The RIM board still prefers to see through the efforts to develop the new operating system, according to the sources.

Microsoft could also be interested in RIM's wireless patents, the sources said.

Another option for RIM would be to sell its proprietary network to a private equity firm or a technology company. The buyer could then open up RIM's network operating centers to other smartphone providers, allowing them to also provide highly secured emails and other services to companies and government agencies, the sources said.

In that scenario, however, RIM's device business is seen to have no future, they said, adding that private equity firms have been considering how to separate the hardware business from the network business.

Separating the network business would be an about-face for RIM after it rejected a similar proposal from Balsillie, who had been in advanced negotiations with wireless carriers to boost revenue by letting them use the RIM network.

The idea was to clearly define the network as an asset that could exist without BlackBerry handsets, which are facing fierce competition from Apple Inc's iPhone and Google Inc's Android phones.

RIM is "going to have to be much more open-minded to the idea that Jim Balsillie was working on before he was ousted of opening their network to third parties," said Eric Jackson, a hedge fund manager at Ironfire Capital in Toronto.

Strategic review
On Thursday, Heins gave away little in regards to the strategic review, which is being conducted with the help of investment bankers at JPMorgan Chase & Co and Royal Bank of Canada .

But he did reiterate his faith in RIM's integrated model and dismissed a suggestion that the BlackBerry will adopt Google's Android software. He said on a conference call with analysts that he is "convinced that BlackBerry can deliver value as an integrated hardware, software and services offering."

Analysts have said RIM should assess opportunities to license its untested BlackBerry 10 software, make money from its patent portfolio or invite a partnership with another mobile company.

"They need to get to a strategic decision soon. Even though it may cause some near-term pain if you separate the business, it might be the best course of action," said Scott Sutherland, an analyst at Wedbush Securities.

With the delay in the launch of that software now, RIM's working capital is also likely to come under more scrutiny. The company held $2.2 billion in cash at the end of its fiscal 2013 first quarter.

"If you want to rip the company apart for its assets and cash, this is the year to do it because the cash balance increased this quarter, but it's likely they're going to start burning cash as they move into the back half of the year," said Colin Gillis, an analyst at BGC Partners.

On a conference call with analysts, RIM Chief Financial Officer Brian Bidulka said working capital management was one of the areas of focus for the company.

Bidulka said the company also had an unused credit facility and it was "continuing to work with our banks on renewing that facility."

It is also trying to reduce costs by about $1 billion, including by cutting about 5,000 employees.