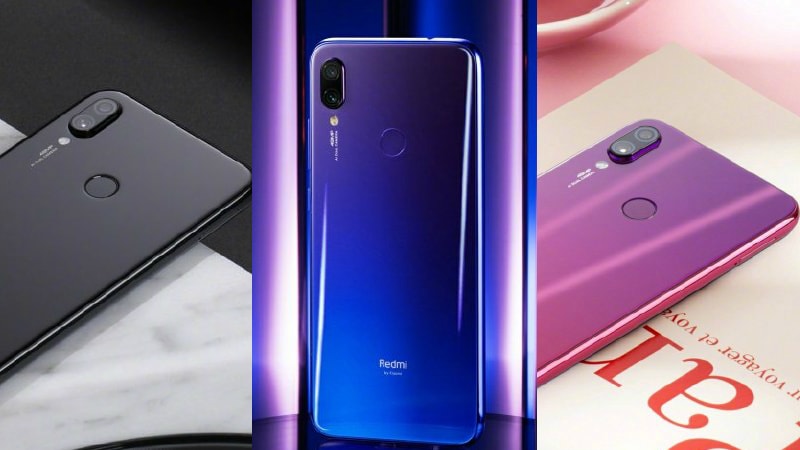 JD.com has listed a Redmi X device for pre-sale at CNY 9,999

The mystery around the upcoming Redmi device continues. Just ahead of the launch on January 10, the Redmi phone may have been listed as Redmi X in China. The phone has been spotted on online retail site JD.com with an obvious placeholder price. The listing comes with a placeholder image that shows a curtain on the phone, and pre-sale of the device has already started. Furthermore, Xiaomi founder Lei Jun has shared three photos of the upcoming Redmi device, confirming colour options, back panel design details, and more.

Starting with the JD.com listing, the e-commerce site is taking orders for the upcoming Redmi phone already, and is asking CNY 9,999 (roughly Rs. 102,300) for it - very obviously a placeholder price. The listing has images that indicate that the phone is hiding behind the curtains until official unveil. It is named as Redmi X, and this could be the official name of the upcoming phone, or just a makeshift moniker for the upcoming device. Leaks have been disarray in the recent past, with some suggesting that the Redmi Note 7 is set for launch, while some suggest that the Redmi 7 or the Redmi Pro 2 is set for launch on Thursday.

Apart from the listing, Xiaomi CEO Lei Jun has shared photos of the Redmi phone, showing off the back and also revealing colour options. The Weibo post suggests that the smartphone will come in pink, black, and blue colour options. The former two will see gradient finishes, while the classic black option will see a matte finish. The back will sport a dual rear camera setup aligned vertically - with the primary lens expected to house the 48-megapixel Sony IMX568 sensor - and a rear fingerprint sensor as well. Jun says that the Redmi phone will sport 2.5D glass for protection. The smartphone looks very similar to the Xiaomi Mi Play that was recently launched by the company.

Whatever it may be called, the first Redmi phone after the sub-brand announcement is set to be launched on January 10. Xiaomi has been teasing a 48-megapixel sensor-backed phone for its January 10 event since a while now, with the latest announcement confirming that Redmi will now be considered an independent brand that will focus on aggressive pricing and being online exclusive.

A poster leaked very recently suggests that the Redmi Note 7 will be launched at the event, and it is tipped to run on Android 9 Pie, be powered by the Snapdragon 660 octa-core SoC, and pack 6GB RAM. The poster also suggested three colour options, similar to that of what Jun shared. Xiaomi recently also announced that it has partnered with Tik Tok for the launch of the upcoming phone. The company could be looking at exploring the online content market with this new partnership, but this is all just speculation at this point. Xiaomi should detail what this partnership brings to the table at the event.