Redmi Smart Band Pro is seen to have a similar design as the Huawei Watch Fit. 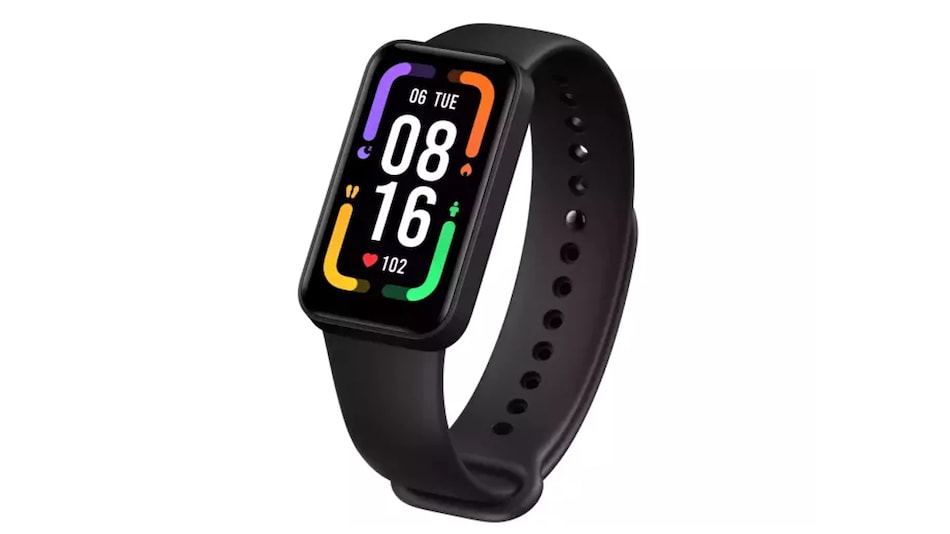 Redmi Smart Band Pro is reported to launch alongside the Redmi Note 11 series on October 28. Xiaomi is hosting a grand event to launch the new smartphone series, wherein the Redmi Watch 2 unveil is already confirmed. Now, a new report suggests that the Redmi Smart Band Pro may also be introduced. Renders of the new fitness band have leaked in a new report. It looks very similar to the Huawei Watch Fit with the large rectangular colour display.

German publication WinFuture.de has leaked renders of the Redmi Smart Band Pro showing its design from all angles. The report adds the fitness band will be unveiled on October 28 in China. It will also go on sale in Europe and Germany later on. The Redmi Smart Band Pro is said to be a budget wearable and renders show that it will have a large rectangular display with silicone straps. It is reminiscent to the design of the Huawei Watch Fit.

The Redmi Smart Band Pro is reported to have a plastic housing with a flat frame. It is said to have an interchangeable strap locked in with a mechanical system. The wearable has a pogo pin charging system at the back of the dial. The straps are seen to be made with silicone. Apart from this, very few details about the Redmi Smart Band Pro have been leaked.