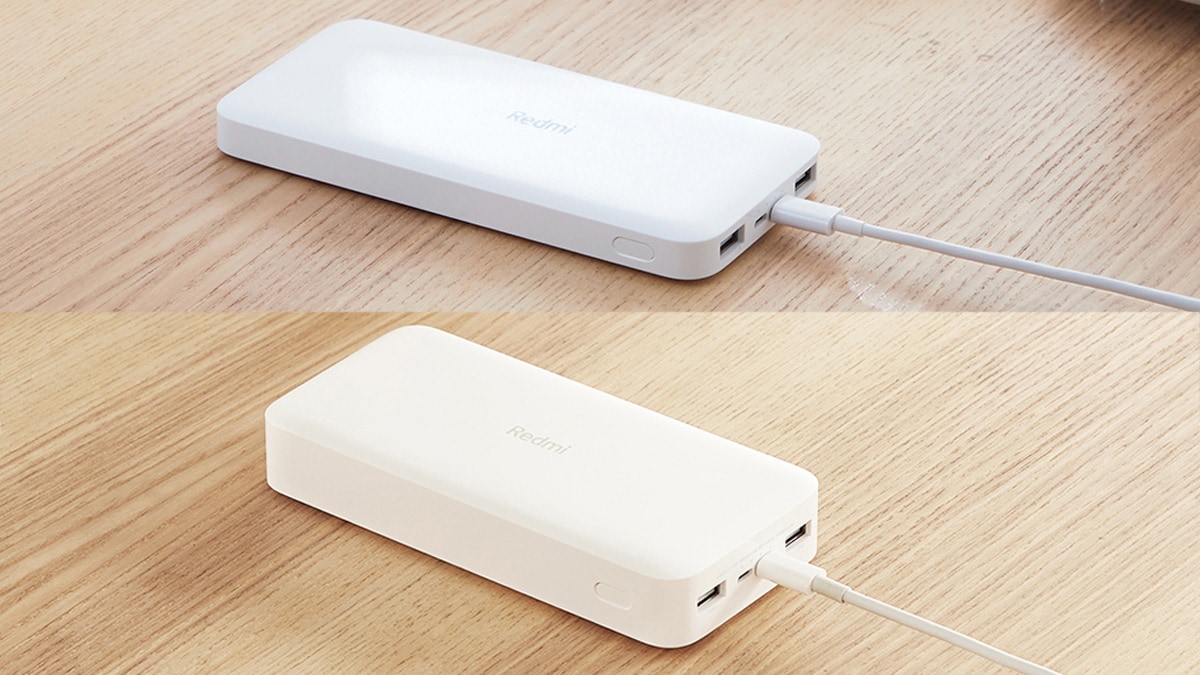 Xiaomi's recent emphasis on putting the Redmi name front and centre is spilling on to other products, besides phones. We now have our first Redmi-branded power banks, which have been launched in China. This includes the PB100LZM, which has a 10,000mAh battery capacity and is priced at 59 Chinese Yuan (roughly Rs. 590) and the PB200LZM, which has a 20,000mAh capacity and is priced at 99 Chinese Yuan (roughy Rs. 991). Both of the power banks will go on sale starting July 23 in China, and it should be long before these trickle out to other markets, like India.

Xiaomi announced the arrival of the new power banks in a post on Weibo. Both power banks come in a white colour, although it's unclear if these will be released in other colours too. The 10,000mAh power bank one looks fairly slim and features dual outputs, in form of two USB Type-A ports. The power bank has two inputs — one Micro-USB and one USB Type-C port — although neither of them support fast charging. In fact, it's said that there's no fast charging for the output ports too. The power rating for the input port is 5V and 2.1A, while the output is rated at 5.1V and 2.4A (12.2W). The power bank measures 150.5 x 73.6 x 15.1mm in dimensions and is claimed to have nine different types of protection, including low-voltage and a reset function. There's a button on the side and presumably a LED lights for the charge status too, somewhere.

Jio Overtakes Airtel to Become No. 2 Telecom Operator in India
Mobile Phones a Flight Danger? They Could Be on These Boeing Jets