Xiaomi’s sub-brand Redmi teased that the phone will produce photos that are 20MB in size. 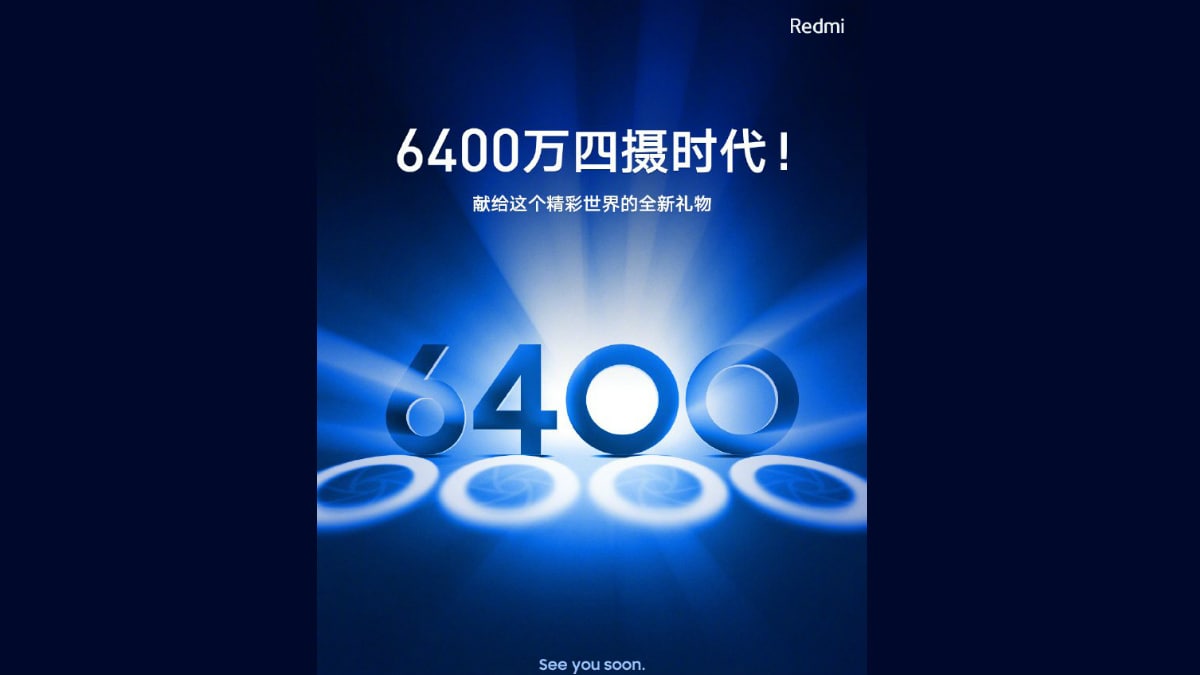 Xiaomi is working on a 64-megapixel sensor equipped Redmi phone

Redmi has released a new teaser of the upcoming 64-megapixel phone, and this new poster reveals a few details about the photo resolution and size of the photos produced. The teaser also reveals that the upcoming phone will have a quad camera setup with the main sensor being the 64-megapixel one. This comes just a day after Xiaomi's sub brand shared a photo taken by the 64-megapixel sensor, highlighting the picture's clarity and no significant loss of detail even when the photo is zoomed into.

The new teaser has been published on Weibo, and it reiterates that a 64-megapixel phone is launching soon in China. The phone is teased to sport four rear cameras at the back, and the company also revealed a 64-megapixel photo will be up to 20MB in size. The resolution of the photo produced will be far superior to that of an 8K TV, the company added, making it the first smartphone to offer such ultra-high resolution. Unfortunately, the teaser poster doesn't reveal the name of the phone; neither does it announce a tangible launch date. It still says that the phone will launch ‘soon'.

The latest 64-megapixel Redmi teaser comes just a day after the company shared a photo sample of the upcoming phone.

Xiaomi is rumoured to use Samsung's ISOCELL Bright GW1 sensor that was announced earlier this year, but there has been no confirmation from the company's end. If it does use the Samsung sensor, the upcoming Redmi phone will be able to produce a 16-megapixel output in low-light conditions by merging four pixels into one using its Tetracell technology. The camera sensor can also descramble its colour filter to deliver full-size 64-megapixel shots. It brings support for real-time HDR of up to 100-decibels, and a remosaic algorithm for well-lit environments which should help improve picture quality.