Redmi Note 9 series is expected to include three phones, but Xiaomi is yet to say anything officially.

Redmi Note 9 series might include three members this time around

Redmi Note 9 series is just a day away from launch. On its part, the Chinese smartphone maker has already teased a few features of its upcoming Redmi Note-series smartphones to drum up some hype. As per leaks, Xiaomi might pull a surprise this year and may launch three phones – the standard Redmi Note 9, Redmi Note 9 Pro, and the Redmi Note 9 Pro Max. Leaks have shown quad rear cameras and have even tipped the chips powering the upcoming Redmi Note 9-series phones. Here's everything we know via teasers and leaks emerging till date:

As per Xiaomi's official teaser, the Redmi Note 9 series will pack quad rear cameras, arranged in a squircle module, akin to what we saw on the Huawei Mate 20 Pro. Not much is known about the megapixel count of the cameras, but we expect the imaging hardware to include a regular RGB sensor (up to 64-megapixel, if the Redmi Note 8 Pro is anything to go by), a wide-angle snapper, a telephoto camera, and a macro shooter. There are rumours claiming that Xiaomi will follow Realme's footsteps and will equip the Redmi Note 9 series with a 90Hz display. 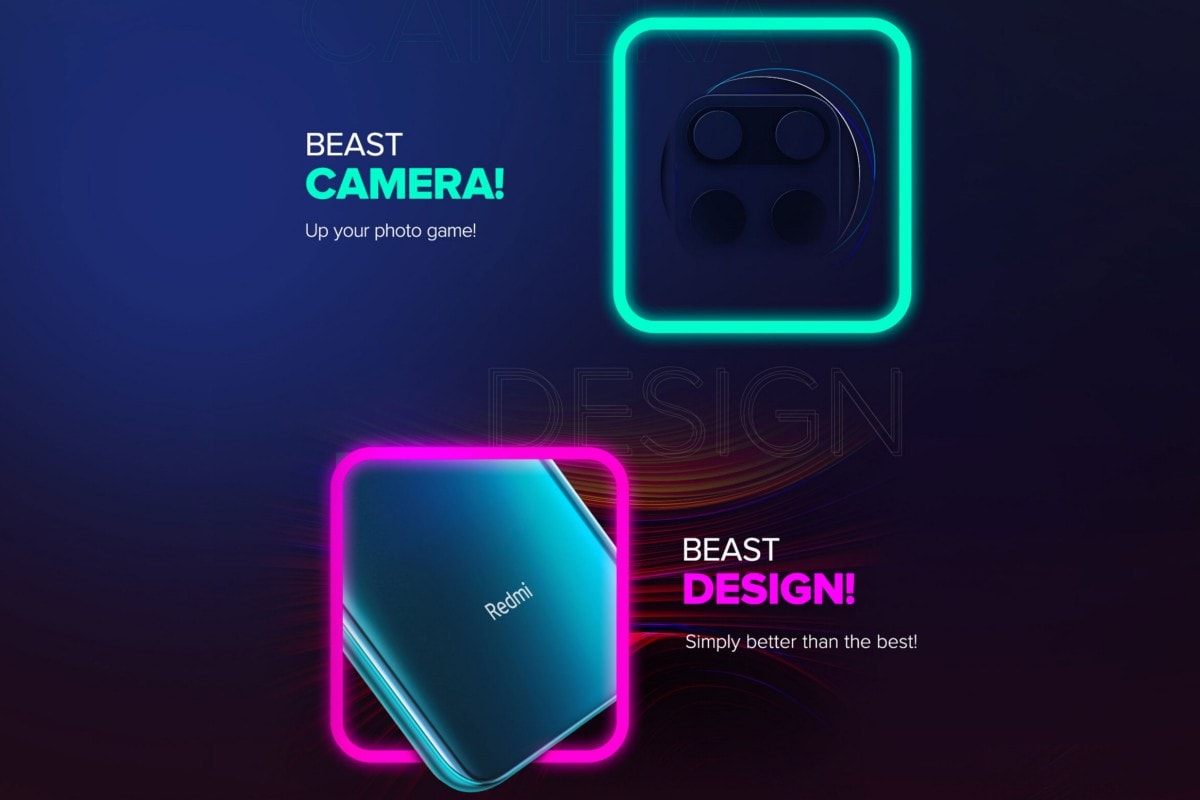 Redmi Note 9 series' Amazon microsite has teased a curved glass rear panel for the phones, and a glimpse of it was given in a tweet by Xiaomi's global VP Manu Kumar Jain as well. As per a Geekbench listing, the Redmi Note 9 Pro will pack 6GB of RAM and will run Android 10 out-of-the-box. The phone will reportedly draw power from the Qualcomm Snapdragon 720G SoC that also brings NaVIC support. Notably, Xiaomi had earlier promised that a phone powered by the Snapdragon 720G SoC will be launched soon.

The Redmi Note 9 Pro was recently spotted on the US FCC database as well, tipping a 4,920mAh battery and support for 30W fast charging. As per another report, the phone will be up for grabs in two configurations - 4GB+64GB storage and 6GB+128GB storage. Colour options on the table are said to include Aurora Blue, Glacier White, and Interstellar Black.

As for the standard Redmi Note 9, an alleged Geekbench listing has indicated the presence of MediaTek chip inside it, accompanied by 6GB of RAM and Android 10 on the software side. Talking about the rumoured Redmi Note 9 Pro Max model, it is tipped to employ the MediaTek Dimensity 800 SoC.