Redmi Note 8T could hit the market soon, as it has been leaked in live images and renders, as well as price and specifications.

Xiaomi recently launched the Redmi Note 8 alongside the Redmi Note 8 Pro. These new smartphones were aggressively priced, turning up the heat on the competition. The Redmi Note 8 is aimed at the lower segment of the market and starts at a price of Rs. 9,999. Xiaomi seems to be working on another device allegedly called the Redmi Note 8T which can possibly be a successor or a different variant of the same device. In a series of leaks, the Redmi Note 8T has been leaked in live images and renders, while its price and specifications have also been tipped.

Live images of the alleged Redmi Note 8T were posted online by popular tipster Sudhanshu Ambhore. These images reveal the design of the smartphone along with what looks like the retail box. The branding on the box and on the information sticker on the phone read Redmi Note 8T. As mentioned, the tipster has also leaked the price, colours, and different variants of the smartphone.

The information sticker also reveals some of the other specifications of the Xiaomi smartphone, such as a 48-megapixel quad-camera setup, 6.3-inch display with a dew-drop notch, Corning Gorilla Glass 5 at the front and the back. The alleged Redmi Note 8T is said to pack in a 4,000mAh battery, feature a USB Type-C port, as well as support for 18W fast charging. It also mentions support for NFC which was missing on the Redmi Note 8. 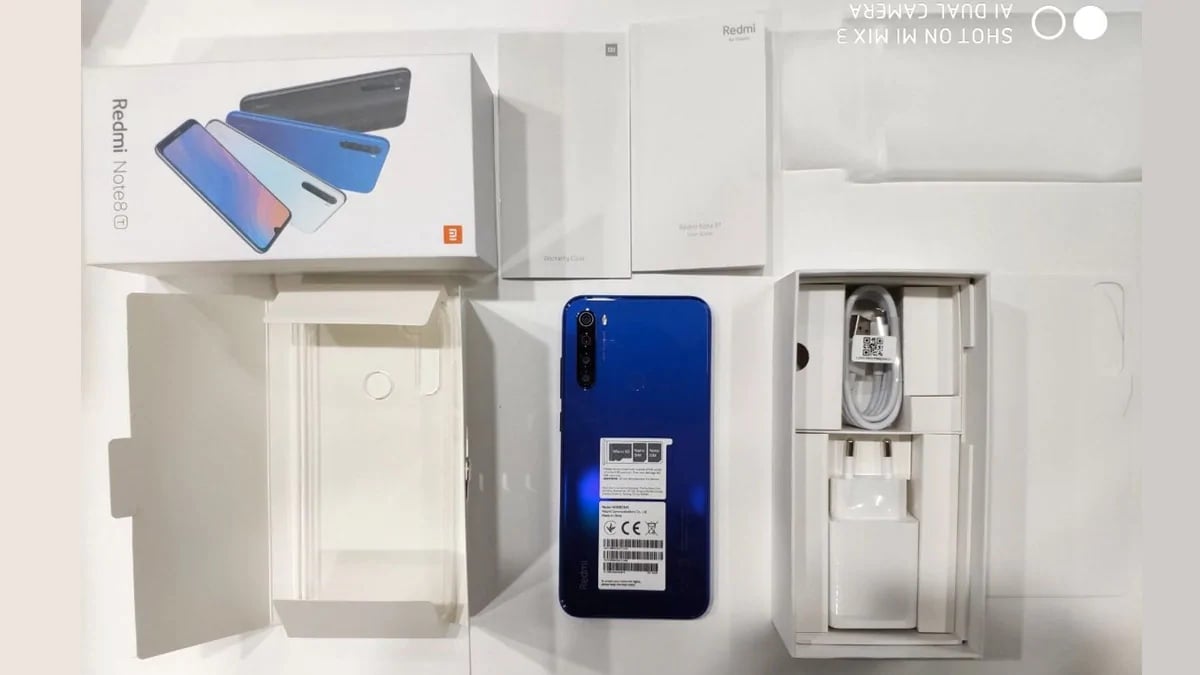 At first glance, the alleged Redmi Note 8T looks similar to the Redmi Note 8 and also sports a Snapdragon 665 SoC. The retail box reveals a big charger with EU pins but we aren't sure about the output. We are expecting the quad-camera setup to be the same as the Redmi Note 8 consisting of a 48-megapixel primary sensor, an 8-megapixel wide-angle camera, a 2-megapixel macro camera and a 2-megapixel depth sensor.

At this point, NFC support looks like the only major change when comparing the Redmi Note 8T to the Redmi Note 8. Since the retail box was also featured in this leak, we can assume that a launch could take place soon. It'll be interesting to see if and when the product makes its way to our shores.

Further reading: Redmi Note 8T, Xiaomi Redmi Note 8T
Aditya Shenoy Email Aditya Aditya Shenoy writes reviews smartphones, wearables, headphones and speakers for Gadgets 360, out of Mumbai. Aditya is a reviewer for Gadgets 360 and has written extensively about smartphones, software updates, and upcoming devices. Aditya is available on Twitter at @adishenoy, and you can mail him at adityashenoy@ndtv.com, so please send in your leads and tips. More
iPhone 5 Users Being Warned by Apple to Update to iOS 10.3.4 by November 3, 2019, or Risk Losing Essential Features
Jio Fiber Effect: MTNL 1Gbps Broadband Plans Launched Starting From Rs. 2,990