Redmi Note 8 starts at Rs. 9,999 in India, and was launched alongside Redmi Note 8 Pro earlier this month.

The software update is 188MB in size and has MIUI v10.3.3.0 PCOINXM version number. This update only brings the fix for this issue and nothing else with it as per the changelog. If you have a Redmi Note 8 smartphone, you will get a notification regarding this update. Alternatively, you can also go to Settings > About Phone > System Update to force the phone to search for a software update. 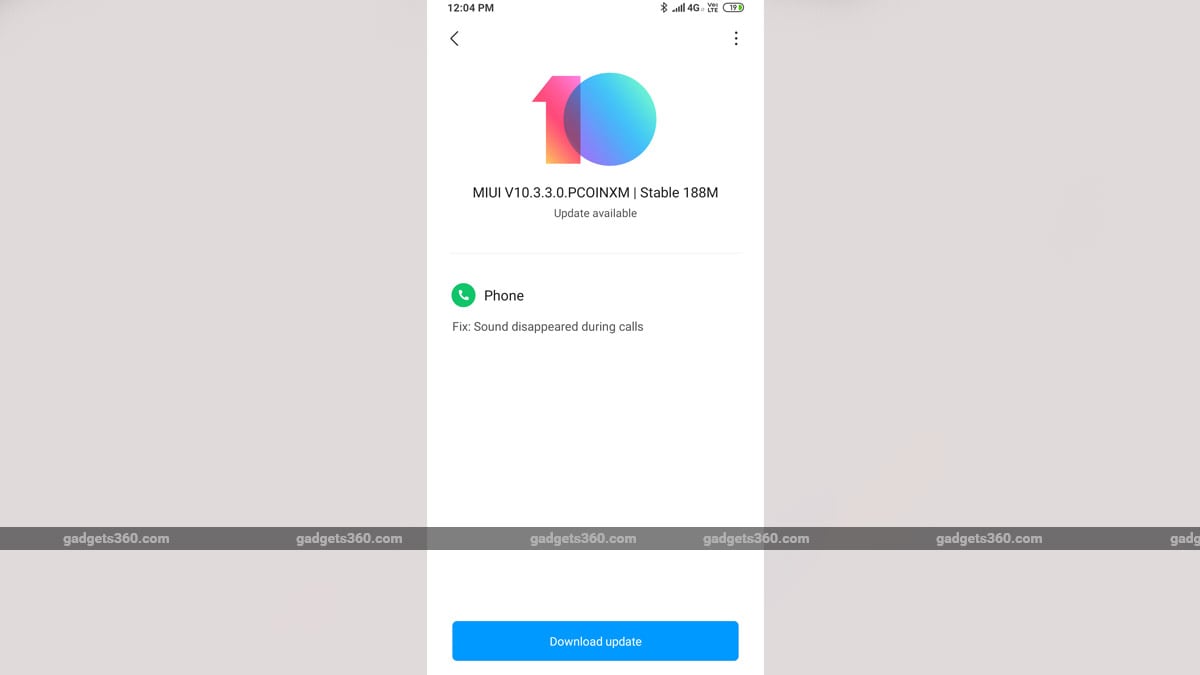 Xiaomi launched the Redmi Note 8 in India earlier this month and went with an aggressive starting price of Rs. 9,999 for the base variant with 4GB of RAM and 64GB of inbuilt storage. The higher variant gets 6GB of RAM and 128GB storage and is priced at Rs. 12,999. It offers a 6.39-inch full-HD display with a dewdrop notch. Xiaomi has picked the Snapdragon 665 SoC to power the Redmi Note 8 which also runs MIUI 10 on top of Android 9 Pie.

It has a quad-camera at the back consisting of a 48-megapixel primary sensor, an 8-megapixel wide-angle camera, a 2-megapixel macro camera and a 2-megapixel depth sensor. It has a 13-megapixel selfie camera. The Redmi Note 8 has a 4,000mAh battery and has an 18W charger in the box.

Further reading: Xiaomi Redmi Note 8, Xiaomi Redmi Note 8 Software
Aditya Shenoy Email Aditya Aditya Shenoy reviews smartphones, wearables, headphones and speakers for Gadgets 360, out of Mumbai. Aditya is a reviewer for Gadgets 360 and has written extensively about smartphones, software updates, and upcoming devices. Aditya is available on Twitter at @adishenoy, and you can mail him at adityashenoy@ndtv.com, so please send in your leads and tips. More
PUBG Mobile to Get Upgraded Anti-Cheat System That Targets Hackers Without Collateral Effects