Redmi Note 8 Pro price starts at CNY 1,399 in China for the base variant

The Redmi Note 8 sports a gradient design and comes with minor upgrades over its predecessor, like a slightly powerful processor, four rear cameras, slimmer bezels, audio improvements, and more. The Redmi Note 8 Pro, on the other hand, packs a redesigned body with significant upgrades in the hardware over the Redmi Note 7 Pro, including the presence of a 64-megapixel rear camera, as a part of the quad camera setup.

In addition to the regular Redmi Note 8 Pro, Xiaomi has also introduced a World of Warcraft limited edition of the phone that will come with exclusive goodies, custom themes, and more. 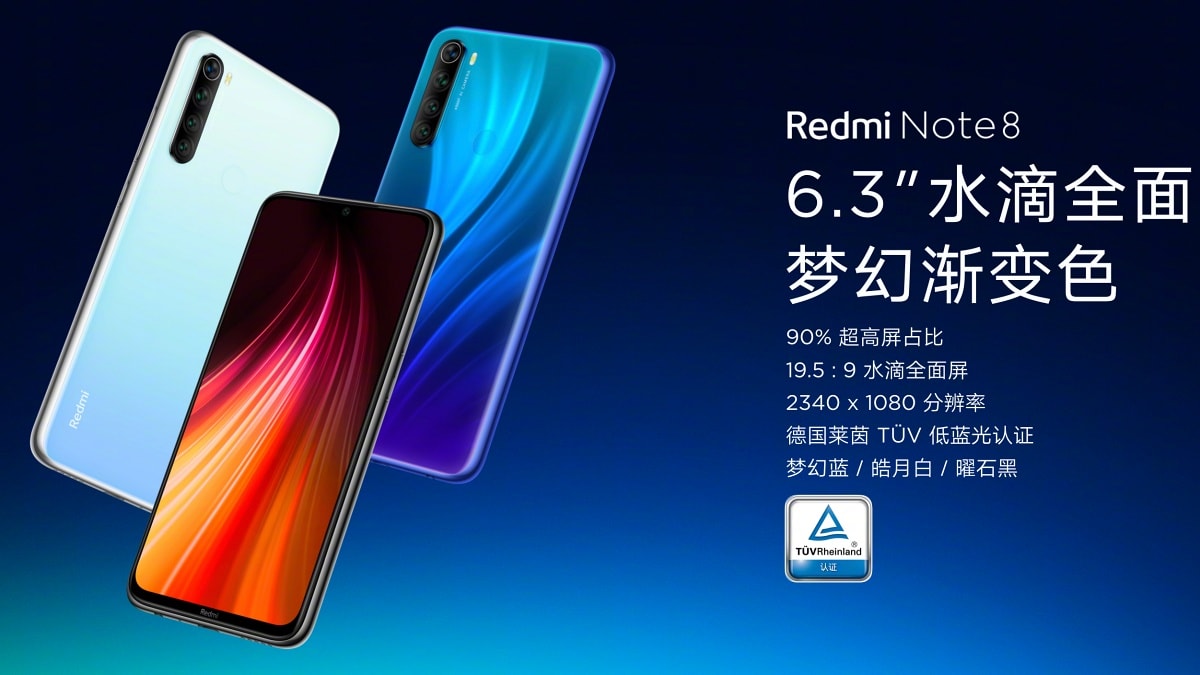 The dual-SIM (Nano) Redmi Note 8 runs on MIUI 10, based on Android 9 Pie and features a 6.39-inch full-HD+ (1080x2340 pixels) screen, same the company's Redmi K20 phone, with 90 percent screen-to-body ratio and 19.5:9 aspect ratio. The phone includes Gorilla Glass 5 on both front and back and houses a waterdrop-style notch up front. It is powered by Qualcomm Snapdragon 665 SoC, paired with up to 6GB of RAM.

On the imaging front, Redmi has added four rear cameras on the Redmi Note 8 – a 48-megapixel primary shooter, an 8-megapixel wide-angle shooter, and two 2-megapixel cameras. There is a 13-megapixel selfie camera on board as well.

Redmi Note 8 Pro is also a dual-SIM (Nano) smartphone and runs on MIUI 10, based on Android 9 Pie. It packs a 6.53-inch full-HD+ (1080x2340 pixels) screen with 19.5:9 aspect ratio, waterdrop-style notch and Gorilla Glass 5 on both front and back. As expected, the phone is powered by MediaTek's new gaming focussed Helio G90T SoC, paired with up to 8GB of RAM. Xiaomi has also added liquid cooling support in the smartphone to improve the gaming experience for the Redmi Note 8 Pro users. Other gaming-centric features in the phone include the Game Turbo 2.0 mode. The company will also be selling a game controller for the phone.

Like the Redmi Note 8, the Redmi Note 8 Pro also houses four cameras the back, but the setup is slightly different. The Pro variant is the company's first phone with a 64-megapixel main camera. The main shooter is joined by the same camera setup as the Redmi Note 8 – 8-megapixel wide-angle shooter and two 2-megapixel cameras. On the front, there is a 20-megapixel selfie camera on board.