Xiaomi is rolling out MIUI 11 for the Redmi Note 8

Redmi Note 8 has started receiving its MIUI 11 update in India, as per user reports. While Xiaomi is updating the Redmi Note 8 to MIUI 11 which brings a host of new features, the underlying version of Android remains unchanged as Android 9 Pie, as per shared changelogs. Xiaomi is also said to be following a staged update pattern as the update has made its way to on a few Redmi Note 8 units. Once the bugs have been ironed out, we can expect a much wider rollout. Redmi Note 8 users will be receiving a notification with details about the software update.

The latest software update for the Redmi Note 8 bears the MIUI 11.0.1.PCOINXM version number and is said to be around 664MB in size and a few users have reported having received the update. One of the shared changelogs clearly mentions that the MIUI 11 update is based on Android Pie, and not Android 10 as some users were hoping for. 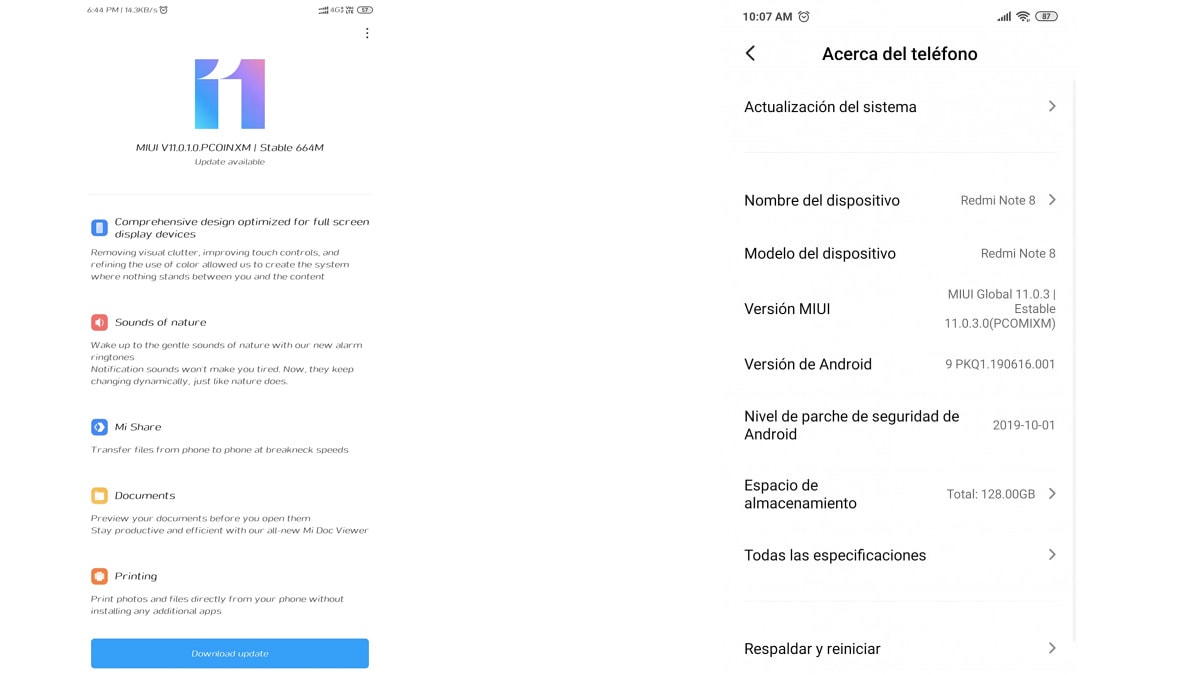 A Mi Community forum moderator also mentions that a partial rollout has been started for the Redmi Note 8 and it will be pushed to the public if it is found to be stable enough. A super moderator in another post last week shared the download link for the Recovery ROM. If you own a Redmi Note 8 smartphone, you can go to Settings > About Phone > System Update to check for the latest MIUI 11 update.

The Redmi Note 8 was recently in the news as the Chinese smartphone maker launched a new Cosmic Purple colour variant for the smartphone.

To recall, at the launch of the MIUI 11 Global Stable ROM in India, Xiaomi had posted a rollout schedule, and the Redmi Note 8 was a part of Phase 3 on the timeline, from November 13 to November 29. As you can see, the Redmi Note 8 MIUI 11 update rollout seems to be on time. The Redmi Note 8 Pro was part of Phase 4 of rollouts, due to start from December 18, but that hasn't stopped some users from receiving it last month.

Some of the features of MIUI 11 listed out by Xiaomi are minimalistic design, dark mode, wallpaper carousel, dynamic video wallpapers, quick replies, updated Mi File Manager, and a lot more. Xiaomi is also rolling out Always-On display customisations for the Redmi K20 and the Redmi K20 Pro which sport AMOLED displays.

Further reading: Xiaomi, Xiaomi Redmi Note 8, MIUI 11, MIUI 11 Global ROM
Aditya Shenoy Email Aditya
Aditya Shenoy reviews smartphones, wearables, headphones and speakers for Gadgets 360, out of Mumbai. Aditya is a reviewer for Gadgets 360 and has written extensively about smartphones, software updates, and upcoming devices. Aditya is available on Twitter at @adishenoy, and you can mail him at adityashenoy@ndtv.com, so please send in your leads and tips. More
Realme 5 Pro, Realme C2, Realme 3 Pro, and Others Get Discounts During Realme Winter Sale
DuckDuckGo Is Twitter CEO Jack Dorsey's Default Search Engine