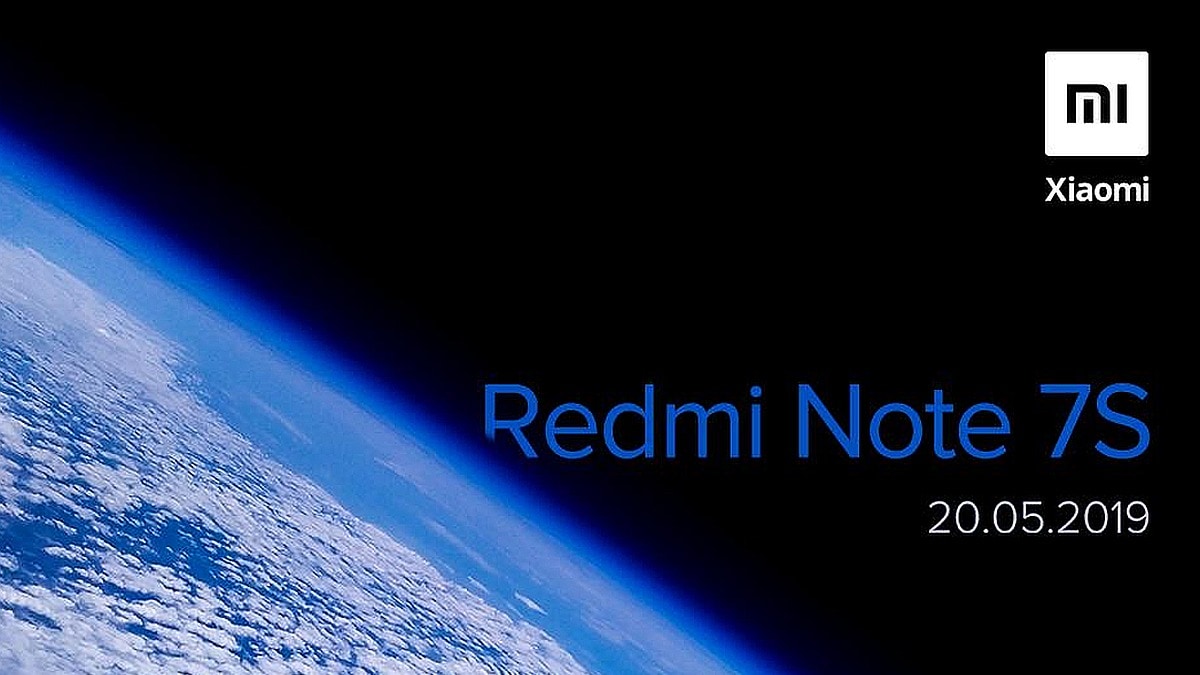 Redmi Note 7S is set to launch in India today, the latest 48-megapixel smartphone from Xiaomi. To recall, the Chinese electronics company had started teasing the India launch of the Redmi Note 7S last week, and it will be unveiling at noon on Monday. So far, Xiaomi has revealed that the Redmi Note 7S will be bear a 48-megapixel camera, and probably the the primary sensor in the dual rear camera setup that was confirmed when Xiaomi India chief Manu Kumar Jain shared a teaser photo holding the phone up in his hands. A Red colour variant was also confirmed in the teaser photo, while Flipkart has confirmed it will be listing the smartphone.

As we mentioned, the Redmi Note 7S has been part of a series of teasers by the company. Xiaomi had first teased the Redmi Note 7S would bear a 48-megapixel camera. This was then followed up by the confirmation of a dual rear camera setup, a rear fingerprint sensor, and a Red colour variant in a photo that featured the company's India chief. Finally, a bunch of camera samples were shared by the company, which included "detailed daylight shots", a Portrait mode with depth-of-field bokeh effects for the selfie camera, as well as "amazing low-light shots." Flipkart is also teasing availability of the smartphone.

Apart from the differing dual rear camera setup, the rest of the specifications of the Redmi Note 7's China and India variants are identical. To refresh, the dual-SIM (Nano) Redmi Note 7 sports a 6.3-inch full-HD+ (1080x2340 pixels) LTPS display with 19.5:9 aspect ratio, 450 nits brightness, 84 percent NTSC colour gamut, Corning Gorilla Glass 5, and 2.5D curved glass protection. It is powered by the 2.2GHz Snapdragon 660 octa-core SoC paired with Adreno 512 graphics, and 3GB, 4GB, and 6GB RAM options. Internal storage is at 32GB and 64GB options with the option to expand further using a microSD card slot (up to 256GB).

Good Omens Review: Terry Pratchett Convinced Neil Gaiman to Bring This to the Screen and We’re All Better for It
Huawei Ban: Google Said to Suspend Some Business With Chinese Telecom Giant