The Redmi Note 6 Pro was seen to catch fire as soon as the technician attempted to open its back panel. 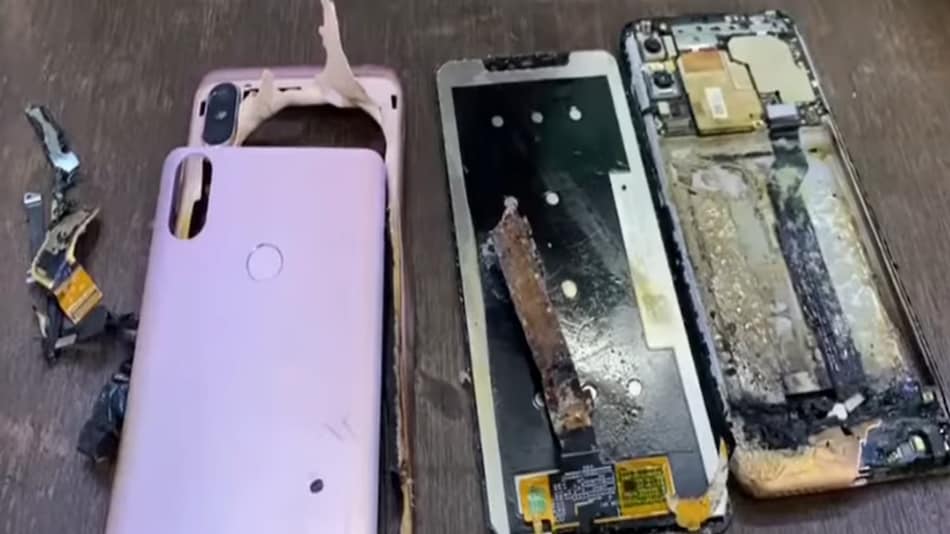 A Redmi Note 6 Pro unit caught fire while it was being serviced at a local service shop in India. The incident, which has been covered in a video, took place while a technician was trying to open the phone. A local Gujarati daily reported that the Redmi Note 6 Pro burst into flames shortly after attempts to fix it began at shop Dhriti Mobiles. A Xiaomi spokesperson responded to the incident with a prepared statement to Gadgets 360.

The Redmi Note 6 Pro caught fire as soon as the technician attempted to open its back panel, as seen in the little-over-one-minute video shared by Khabar Gujarat. No injuries have been reported, though the phone seems to be damaged beyond repair.

If we believe what has been shown in the video, the affected Redmi Note 6 Pro was burnt strongly due to the fire, soon after smoke started billowing from the unit. The shop visible in the video isn't likely to be an authorised service centre, as highlighted by Xiaomi in the statement to emailed Gadgets 360.

“At Xiaomi, customer safety is of utmost importance to us and we take such matters extremely seriously. All our devices go through various levels of stringent quality tests to highest standards. Our devices also have third parties validation for our standards of quality and after sales. As a follow up to the Gujarat Redmi Note 6 Pro case, our teams immediately reached out to the customer and he has informed us that the device was already physically damaged when it was brought to the unauthorised local repair store," a Xiaomi spokesperson said.

"On investigation it was determined that the further physical tampering of the device by the local shop owner led to additional damage. We have resolved the issue with the customer and the case has been closed.We urge and request our customers to reach out to authorized service centres for any concerns on their devices where qualified personnel are available to address their issues,” the spokesperson added.

This is not the first time when a Xiaomi phone has been in the headlines for catching fire. Back in 2017, similar incidents related to some Redmi Note 4 units reported online, though a few of them were later found to be of false nature as well. A Mi A1 unit had also allegedly caught fire in October 2018.