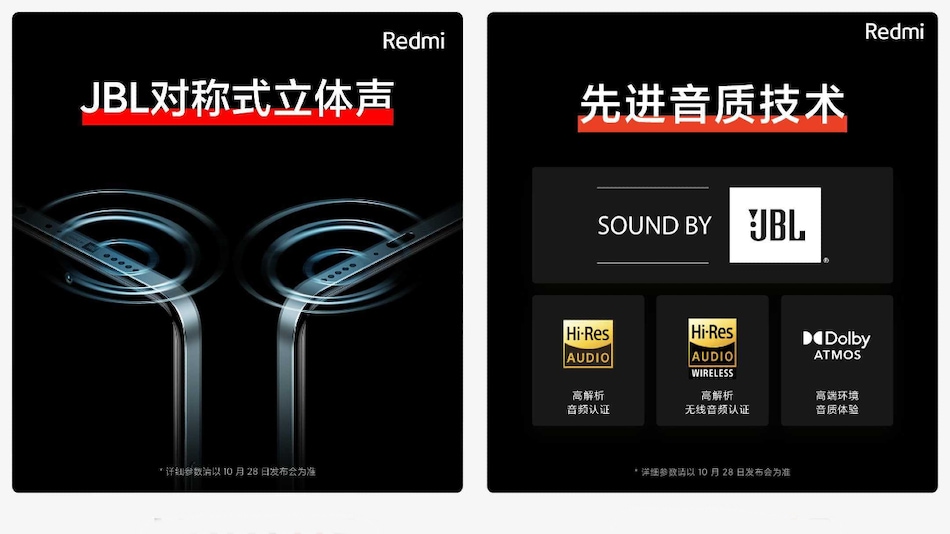 In a Weibo post, Redmi General Manager Lu Weibing teased JBL symmetry audio for the Redmi Note 11 series. The phone will have speakers on both the top and bottom. They will be placed in a manner that will offer greater volume and less distortion. In addition, the Redmi Note 11 series is also teased to support Dolby Atmos and Hi-Res Audio.

All three Redmi Note phones are reported to come with 120Hz displays and include 5,000mAh batteries. Additionally, all three Redmi models are tipped to come with up to 256GB of onboard storage. The phones may also have a Corning Gorilla Glass Victus protection as standard and feature aluminium alloy-based middle frame.