Redmi K40 is teased to have a brand new design and a good experience. 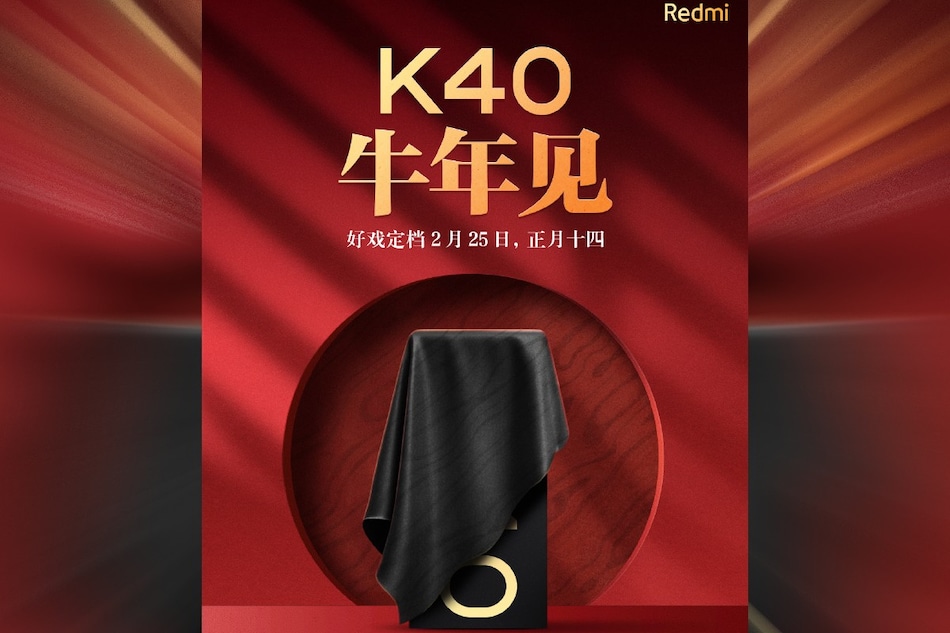 Redmi K40 launch date is set for February 25, Redmi General Manager Lu Weibing has revealed through a teaser image posted on Weibo. The new Redmi phone will debut as the successor to the Redmi K30 that was launched in December 2019. The Redmi K40 is speculated to come alongside the Redmi K40 Pro. However, Xiaomi hasn't yet confirmed the development of the latter. The Redmi K40 is also rumoured to have multiple variants, with a few chipset options.

The image posted by Weibing on Weibo gives us a glimpse of the Redmi K40 retail box. The executive has also mentioned that the phone would come with a brand-new design, new positioning, and a good experience. He has, however, not yet provided any further details.

The Redmi K40 will come with a starting price of CNY 2,999 (roughly Rs. 34,000), Weibing mentioned while confirming the February launch last month. However, exact pricing details of the new Redmi phone will be announced at the time of announcement later this month.

Earlier this week, Weibing revealed that the Redmi K40 will come with a “smallest” selfie camera hole, stereo speakers, and a “great” battery life. The phone is also in the works with a flat display that may have a full-HD+ (1,080x2,400 pixels) display.

The Redmi K40 series is tipped to have 33W fast charging support. You can also expect multiple rear cameras.

Alongside the Redmi K40, the Redmi K40 Pro could debut under the new lineup. The Pro model is rumoured to have a 108-megapixel primary camera.