Redmi K20 and Redmi K20 Pro are all set to become official tomorrow, and ever since the launch date was confirmed, the company has been dropping teasers to build up the anticipation. Redmi General Manager, Lu Weibing, has now revealed that the upcoming Redmi K20 series phones will come with dual-band GPS support to enhance the positioning accuracy and speed of location detection. Additionally, an alleged marketing image of the Redmi K20 has surfaced in China and it shows a pop-up selfie camera and the phone itself sporting a gradient blue design. An alleged image of the Redmi K20 Pro has popped up online as well, with some of its key specifications in tow.

Starting with the presence of dual-band GPS, Weibing said in a post on Weibo that the upcoming Redmi flagship smartphone, most likely referring to both Redmi K20 and Redmi K20 Pro, will utilise dual-band GPS technology and will be capable of using L1 and L5 satellite signals simultaneously to improve the positioning accuracy and speed. Unlike single frequency GPS that a majority of phones employ, dual-band GPS is less prone to interferences and delivers faster and more accurate location tracking.

Additionally, an alleged marketing poster for the Redmi K20 has popped up in China and it shows the upcoming phone flaunting a gradient blue design. This is the first time that a new colour variant of the Redmi K20 has broken cover, ever since the first official look at the phone sporting a red gradient design was released earlier this month. It is unclear if Redmi K20 Pro will also get the Blue variant. 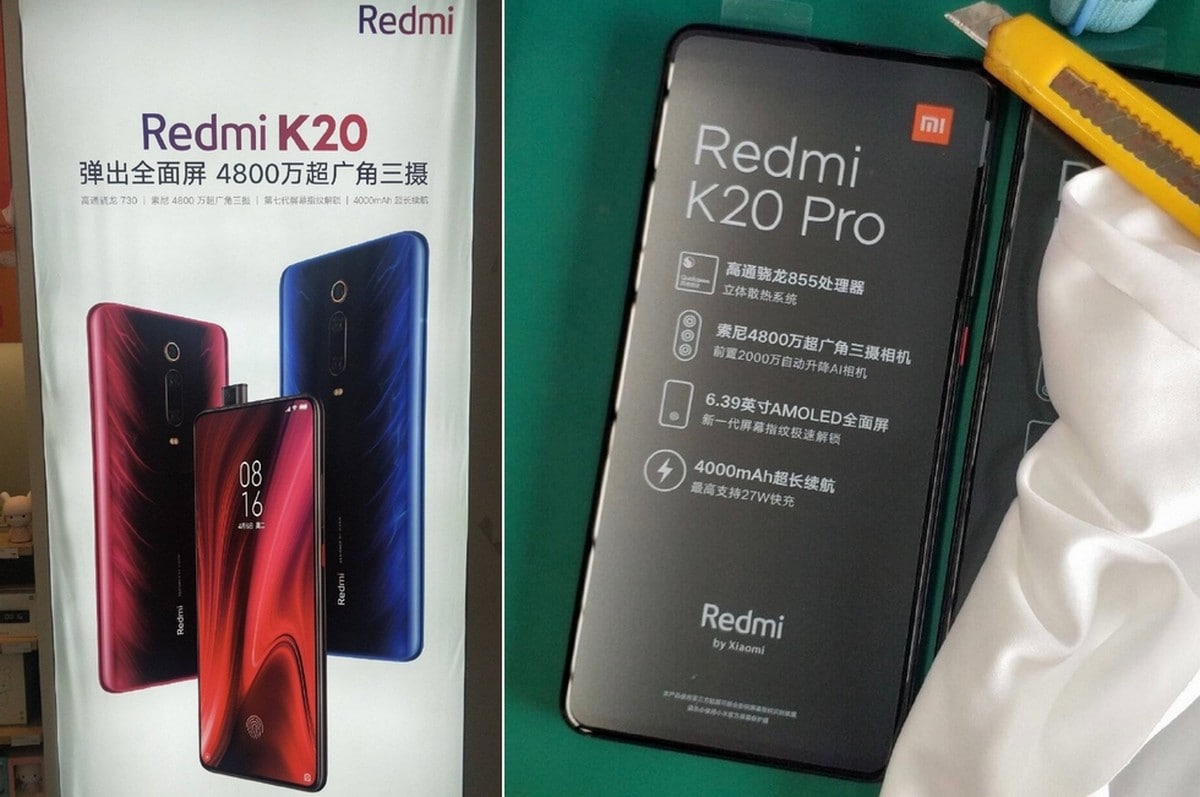 The poster also shows the Redmi K20 packing triple rear cameras and more interestingly, a pop-up selfie camera, something which has already been teased by Xiaomi last month. The Redmi K20's marketing poster also mentions some of the key phone's key specifications such as a 48-megapixel primary camera, a 4,000mAh battery, and the Snapdragon 730 SoC.

Aside from the Redmi K20, Xiaomi is also tipped to launch the more powerful Redmi K20 Pro powered by the Snapdragon 855 processor. An alleged image of an unboxed Redmi K20 Pro has also surfaced on Weibo, alongside a photo of its retail box. The plastic film on the alleged Redmi K20 Pro's display tips a 6.39-inch AMOLED display, a 4,000mAh battery with support for 27W fast charging, a 48-megapixel primary rear camera, and the Snapdragon 855, something that was confirmed for the upcoming flagship back in February. We'll get to know more about the Redmi K20 duo when Xiaomi officially lifts the covers from the two phones tomorrow at an event in China.