Xiaomi has been teasing the Redmi K20 for quite some time now. Expected to be launched in two variants - Redmi K20 and Redmi K20 Pro - the smartphone's Pro variant is said to be powered by a Qualcomm Snapdragon 855 SoC and is terms as the Flagship Killer 2.0 by Xiaomi. When the product launches, it is expected to take on the OnePlus 7 which for recently launched at an aggressive price of Rs. 32,999. This new Xiaomi flagship has been in the news since the Xiaomi India head Manu Kumar Jain first tweeted about this Flagship Killer, confirming that the product will make its way to India. Now, the Redmi K20 Pro price has been tipped, a new render of the Redmi K20 has been leaked, and the company has teased powerful loudspeaker.

Ahead of its official launch in China, Redmi is dropping teasers on its Weibo page revealing more details about the upcoming Redmi K20. In the latest teaser the company has revealed that the K20 sports an ultra-linear speaker in a big 0.9cc physical cavity. Redmi General Manager Lu Weibing also mentions that this setup makes the K20 very loud and that the effect is ‘very outstanding' when playing games.

Some of the recent teasers also reveal that the Redmi K20 will feature Game Turbo 2.0. This will be an update to Game Turbo which recently debuted on the Poco F1 through a new MIUI Global Beta update. Also this feature is claimed to enhance the gaming experience on the smartphone. Redmi General Manager Lu Weibing also revealed that the K20 will have the DC Dimming feature just like the OnePlus 7 Pro which is aimed to control screen brightness using DC voltage. This helps reduce the flickering effect of the display panel and is a replacement to the Pulse Width Modulation (PWM) technology.

Weibing also revealed that the K20 will sport a 3.5mm headphone jack and come with support for Hi-Res audio. The smartphone is also touted to deliver an advanced audio experience through Mi Sound proprietary amplification technology. 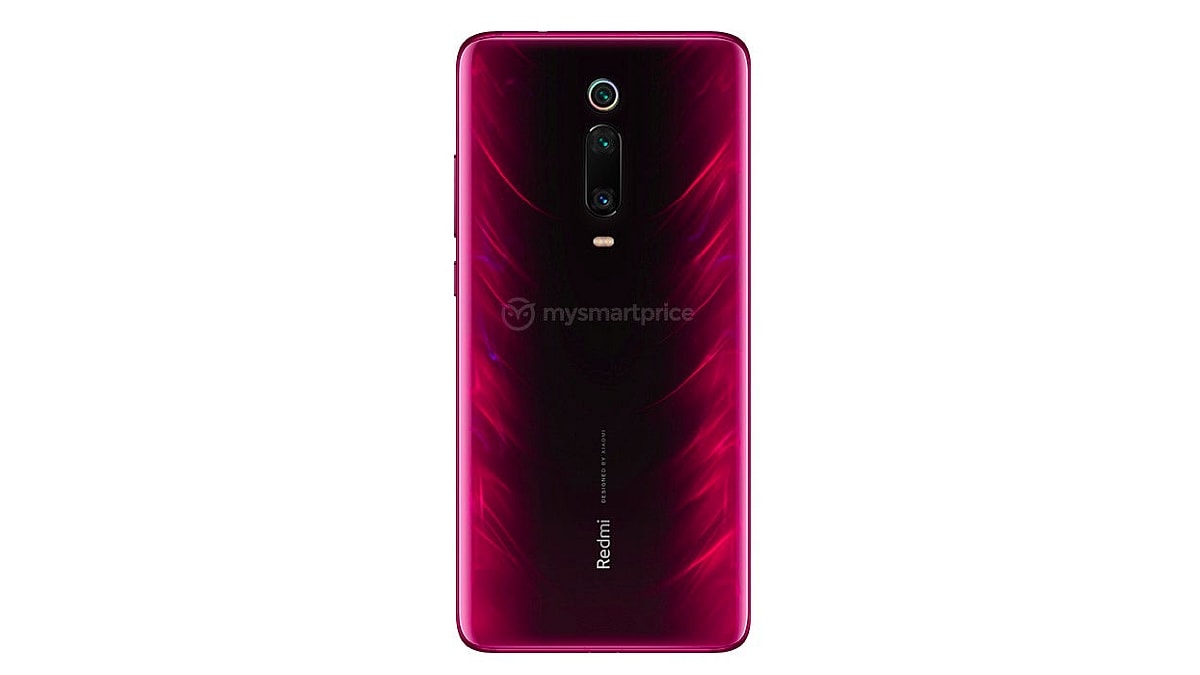 At the back, it has a triple camera setup along with dual LED flash. The phone also sports ‘Redmi' and ‘Designed by Xiaomi' branding arranged in landscape orientation. From the image it can be seen that the power and the volume buttons are on the right side of the device.

We already know that there are two phones that are currently in the works, the Redmi K20 and the Redmi K20 Pro. Both these smartphones are rumoured to sport 6.39-inch AMOLED displays with full-HD+ resolution. These devices are also rumoured to have 6GB and 8GB RAM variants and have 64GB, 128GB and 256GB storage variants. Earlier leaks have revealed that the smartphone will sport a 4000mAh battery and a 48-megapixel camera.

The Redmi K20 Pro is expected to sport a pop-up selfie camera. Xiaomi has confirmed that the Redmi flagship will sport an in-display fingerprint sensor, a super-wide angle lens and 2-day battery life. The Redmi K20 is scheduled to launch on May 28 in China but there is no concrete date for an India launch yet.

Further reading: Redmi K20, Redmi K20 Price, Redmi K20 Pro, Redmi K20 Pro Price, Redmi K20 specifications, Redmi K20 Pro specifications
Aditya Shenoy Email Aditya Aditya Shenoy writes reviews smartphones, wearables, headphones and speakers for Gadgets 360, out of Mumbai. Aditya is a reviewer for Gadgets 360 and has written extensively about smartphones, software updates, and upcoming devices. Aditya is available on Twitter at @adishenoy, and you can mail him at adityashenoy@ndtv.com, so please send in your leads and tips. More
Samsung AI Center Shows New Algorithm That Can Animate a Talking Head With Just a Single Photo
Nokia Says Women and Some Men Will Get a Pay Hike to Close Gender Gap