Redmi, the sub-brand of Chinese tech company Xiaomi, has unveiled its new Redmi Go smartphone. The phone is expected to be based on Google's Android Go platform, however the company is yet to confirm this in the very few details of the Redmi Go that it has revealed on Tuesday. According to the company, the phone features a 5-inch HD screen and is powered by an unspecified quad-core Qualcomm Snapdragon processor. Separately, a leak claimed that the processor is Qualcomm's entry-level Snapdragon 425 SoC. There is no word on the Redmi Go release date or the pricing at this moment, however a report indicates that the phone could reach the stores as early as next month.

According to a tweet by Xiaomi, Redmi Go sports a 5-inch HD screen and is powered by Qualcomm's unspecified quad-core Snapdragon SoC. The phone also comes with 3,000mAh battery. Additionally, the company has included an 8-megapixel rear camera with an LED flash as well as 5-megapixel front shooter in the smartphone. The exact operating system of the phone is unclear, but it is most likely Android 8.1 Oreo (Go edition), making it the first Android Go phone from the company. Xiaomi does offer phones based on Android One platform.

Redmi has not shared any other details at the moment, however the image shared by Xiaomi on Twitter indicates that Redmi Go will be offered in two colours – Black and Blue.

There is no word on the availability details of the phone, including in which markets it will be offered. The company has also not shared any pricing information at this moment. 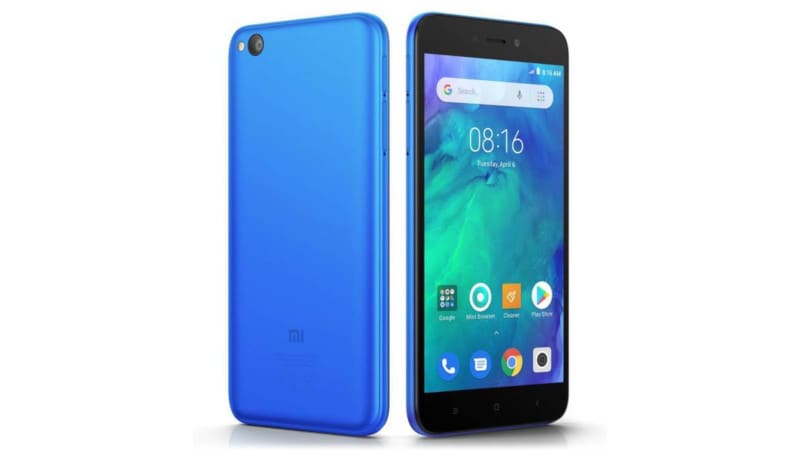 A report from German website WinFuture, which appeared before Redmi made the phone official claimed that the Redmi Go's other specifications will include 1GB of RAM and 8GB of inbuilt storage, which can further be expanded with a microSD card slot. Additionally, the phone is said to be powered by Qualcomm Snapdragon 425 SoC. The Redmi Go buyers can also reportedly expect to see dual-SIM support, a Micro-USB port, Wi-Fi, Bluetooth 4.2, and 4G LTE connectivity. On the software front, the Redmi Go is believed to be running on Android 8.1 Oreo (Go edition).

WinFuture also notes that Redmi Go will go on sale in Europe beginning February and may carry a price-tag of less than EUR 80 (roughly Rs. 6,500). To recall, the smartphone was spotted listed last week on Philippines retailer Lazada, listing the same specifications.