Redmi 8A Pro is powered by octa-core Snapdragon 439 SoC. 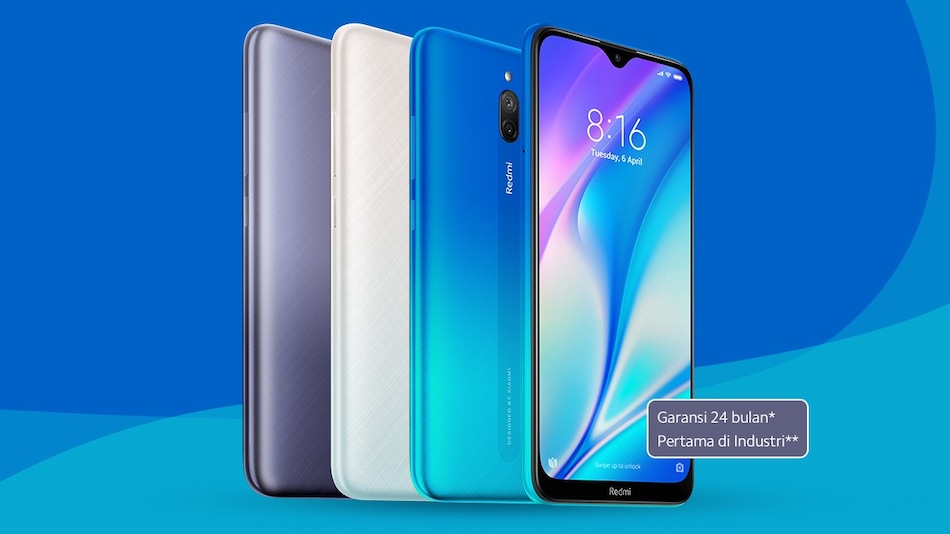 Redmi 8A Pro has debuted as a new budget smartphone from Xiaomi in Indonesia and it seems like a rebranded version for the Redmi 8A Dual that was launched in India in February this year. The Redmi 8A Pro is powered by an octa-core processor and boasts of 5,000mAh battery. It sports relatively thick bezels and chin with the Redmi branding. You get two cameras on the back and single selfie shooter for photos and video calls. The Redmi 8A Pro comes in three colour options and two RAM variants.

There is no information on availability in other markets.

Xiaomi hasn't mentioned the Android version present in dual-SIM (Nano) Redmi 8A Pro, however, since the phone seems like a rebranded version of the Redmi 8A Dual that runs Android 9 with MIUI 11 on top, we believe that Redmi 8A Pro will also run on the same OS version. The Redmi 8A Pro has a 6.22-inch (720x1,520 pixels) HD+ display with a pixel density of 270ppi. The screen is protected by Corning Gorilla Glass 5. Under the hood, the Redmi 8A Pro is powered by octa-core Snapdragon 439 SoC with four Cortex A52 cores clocked at 1.95GHz and four Cortex-A53 cores clocked at 1.45GHz. The graphics are handled by the Adreno 505 GPU and you will get 2GB or 3GB of LPDDR3 RAM, depending on the variant.

Coming to the cameras, the Redmi 8A Pro has a dual rear camera setup. The primary shooter is a 13-megapixel camera with f/2.2 aperture while the secondary is a 2-megapixel shooter with f/2.4 aperture. On the front, you get an 8-megapixel sensor with an f/2.0 lens that is housed in a waterdrop-style notch.

The Redmi 8A Pro will pack 32GB onboard storage, but it can be expanded via a microSD card. For connectivity, it has support for Wi-Fi 802.11 b/g/n, VoLTE, Bluetooth v4.2, GPS/A-GPS, 3.5mm headphone jack, and a USB Type-C port. It has an ambient light sensor, proximity sensor, compass, and accelerometer. The phone has a massive 5,000mAh battery with support for 18W fast charging. The Redmi 8A Pro is 156.48x75.41x9.4mm in size and weighs 188 grams.