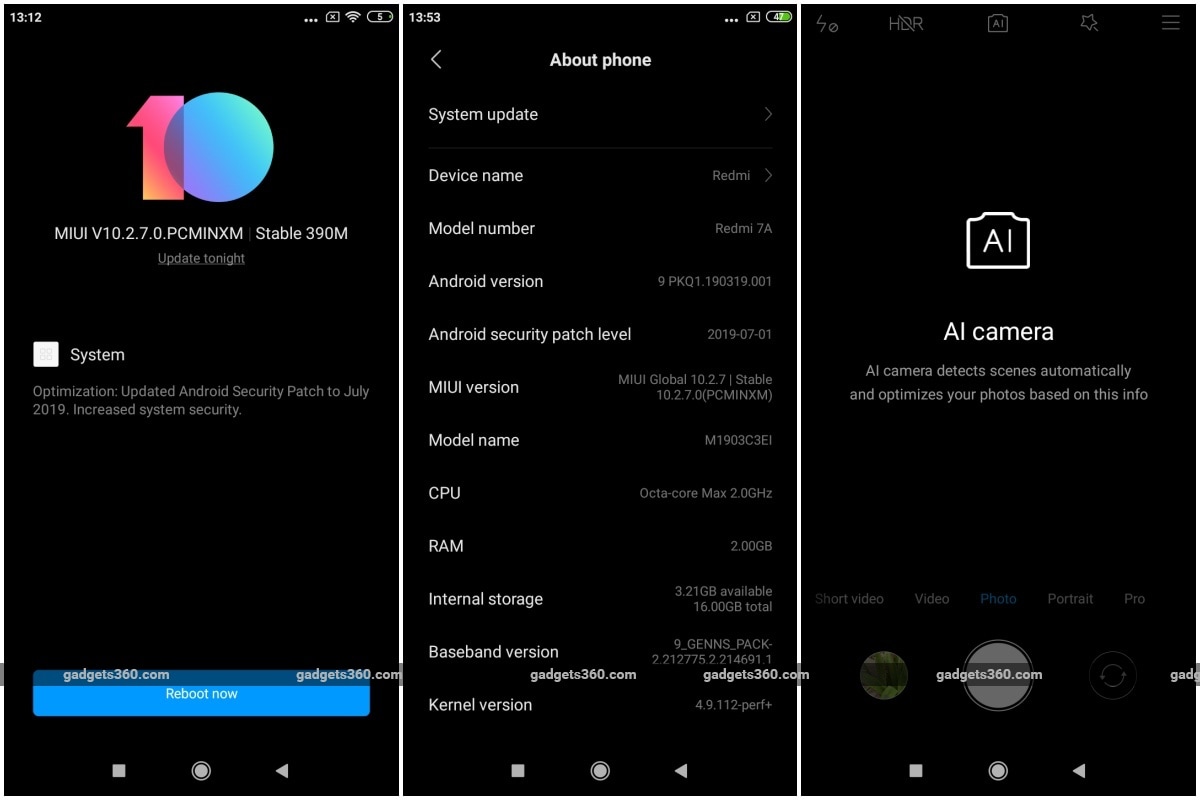 Redmi 7A is receiving a new software update in India, Xiaomi has announced. The update carries the version number MIUI V10.2.7.0.PCMINXM and is currently rolling out over-the-air (OTA) for Redmi 7A owners. As MIUI updates are released in batches, it might take a few days to show up for all Redmi 7A units. To recall, Redmi 7 was launched in the country in July this year and retails starting at Rs. 5,999. It can be purchased via Flipkart, Mi.com, Mi Home stores, and Mi partners physical retailers.

“AI algorithm can now blur the background and have the beautiful bokeh on your portrait shots on Redmi 7A, for the front and rear camera,” Mi team writes a blog post explaining the portrait mode.

When the new update is available for your Redmi 7A smartphone, an OTA update notification will appear on your phone. If you don't want to wait for the notification, you can head over to Settings > About phone > System Update to manually look for the update.