Redmi 7 has been launched in India at an event in New Delhi on Wednesday. The smartphone was first unveiled last month in China, and now has been brought to India alongside the Redmi Y3 – the company's selfie and youth-focused smartphone. The Redmi 7's biggest highlight is its Aura Smoke gradient design, apart from its large 4,000mAh battery, Snapdragon 632 SoC, and Corning Gorilla Glass 5 protection. Notably, the smartphone is almost identical to the Redmi Y3 in terms of specifications, with the exception of the selfie camera resolution. It also sports a different design. Read on for more details about the Redmi 7 price in India, launch offers, specifications, and release date.\

To recall, the new Xiaomi smartphone was launched in China last month. Redmi 7 launch offers include Jio Double Data for up to four years, and up to Rs. 2,400 cashback. As we mentioned, Xiaomi also launched the Redmi Y3 at its New Delhi event on Wednesday.

The dual-SIM (Nano) Redmi 7 runs MIUI 10 based on Android 9 Pie. It sports a 6.26-inch HD+ (720x1520 pixels) display along with a 19:9 aspect ratio, Corning Gorilla Glass 5 protection, and an 84-percent NTSC colour gamut. The Redmi 7 is powered by an octa-core Qualcomm Snapdragon 632 SoC, paired with 2GB or 3GB of RAM depending on the variant launched. 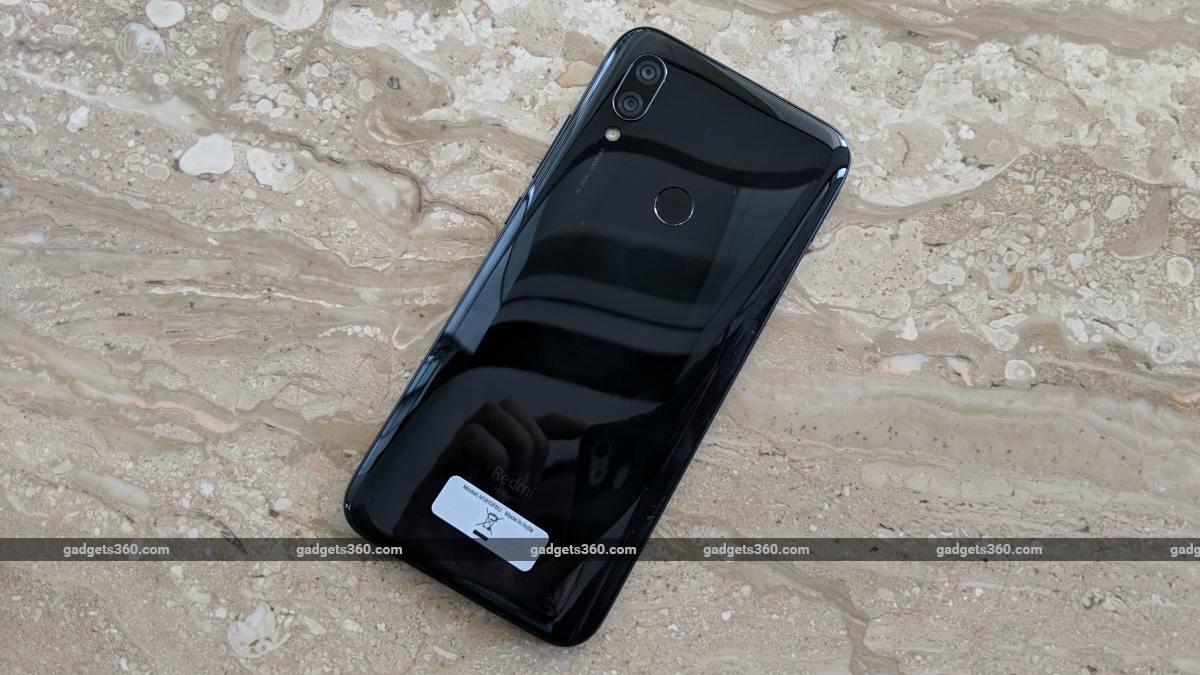 The Redmi 7 sports a dual rear camera setup with a 12-megapixel primary camera (f/2.2 aperture, 1.25-micron pixels), apart from a 2-megapixel secondary sensor. The rear setup offers phase detection autofocus (PDAF), and a dual-LED flash module. On the front, the Redmi 7 sports an 8-megapixel selfie camera, and the company is touting AI portrait mode as well as AI Beautify 4.0.