Redmi 6A Leaked in 3 Variants on the TENAA Certification Site, Specifications and Images Revealed 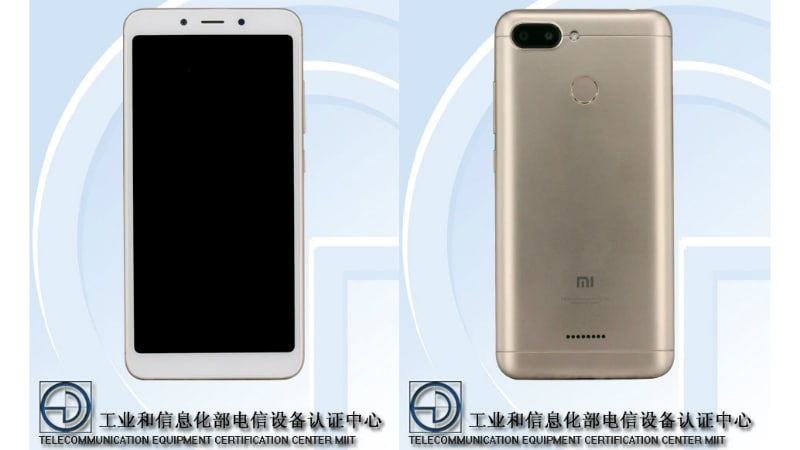 After Redmi 6 and Redmi 6 Plus, Xiaomi has now been spotted building a new handset that appears to be none other than the Redmi 6A. The latest development has emerged from TENAA - the Chinese telecommunications certification authority that previously revealed the other two unannounced Redmi 6 series models. The Redmi 6A surfaced on the certification website carries three model numbers, including M1804C3CT, M1804C3DT, and M1804C3DC. The only major difference between the three Redmi 6A variants seems to the availability of a dual rear camera setup on two models, while one has a single camera setup. Nevertheless, the design of the three Redmi variants is appears identical with a thin-bezel display on the front and a metal-finish back.

The frontal view of all the three variants appears to be identical, with a rounded-edge display that has thin bezels. It also looks similar to the Redmi 5 that was launched in December last year. Further, the back of the three Redmi series models has a fingerprint sensor and a metal finish.

The Redmi 6A is said to run Android 8.1 with MIUI on top and feature a 5.45-inch HD+ (720x1440 pixels) display with an 18:9 aspect ratio. The handset is also likely to have a 5-megapixel front camera sensor for selfies and include a 3000mAh battery. Further, there could be a Snapdragon 625 SoC under the hood, coupled with 2GB, 3GB, and 4GB RAM options.

Similar to the Redmi 6 and Redmi 6 Plus, the Redmi 6A is likely to come in multiple colour options, including Black, Rose Gold, Champagne Gold, White, Blue, Red, Pink, Gray, and Silver. We need to wait for sometime to understand the availability and price details of the new Redmi model.