Redmi 4 has started receiving MIUI 11 update in India, some users have reported online. The new update, which is a part of the MIUI 11 rollout series that Xiaomi kicked off last month, brings a list of enhancements to the budget Redmi phone. It includes improved touch controls, dedicated system-wide dark mode, and natural sound effects. The MIUI 11 update for the Redmi 4 is also expected to enhance the user experience by offering a minimalistic design. Xiaomi while unveiling MIUI 11 in China back in September also highlighted features such as an always-on lock screen and Dynamic Video Wallpapers.

The MIUI 11 update for the Redmi 4 brings software version MIUI 11.0.2.0.NAMMIXM. According to the screenshot shared by a user on the MIUI forums, the latest update is 483MB in size. It doesn't bring any Android version changes as the Redmi 4 still runs dated Android 7.1.2 (Nougat). Similar, there is the October 2018 Android security patch that Google released more than a year ago -- if we believe another screenshot posted by one of the users on the MIUI forums.

As per the changelog shared by some users on the company's forums, the MIUI 11 brings improved touch controls and refined colour usage to deliver a fresh experience. The update also carries sound effects influenced by nature. 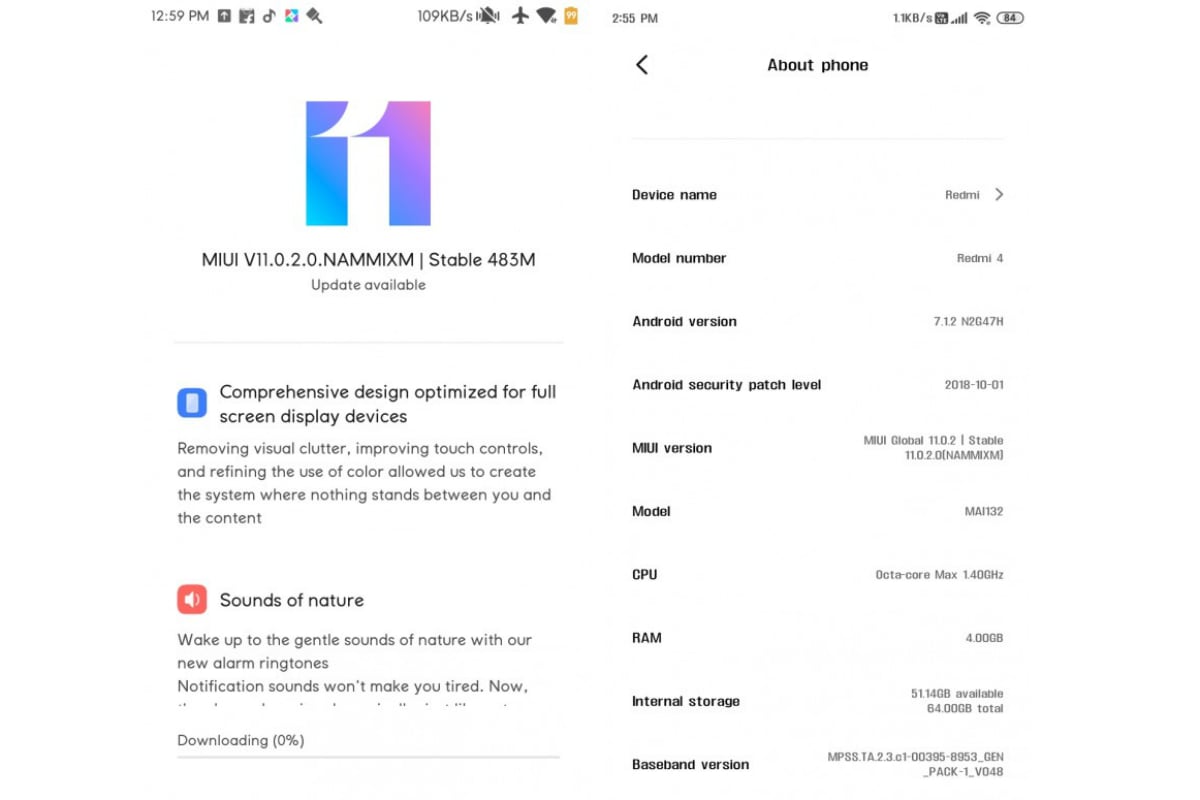 Xiaomi last month announced the MIUI 11 Global Stable ROM update roadmap in India. The company mentioned that the Redmi 4 is amongst the models that are set to receive the latest MIUI update between November 4 and November 12. Moreover, the update debuted on the Redmi K20 shortly after its announcement took place in the Indian market.

MIUI 11 upgrades the existing File Manager app with a document viewer. Similarly, Xiaomi has integrated a task manager within its Mi Notes app. The Calculator app on MIUI 11 also includes a floating interface to help users easily perform long calculations. There is also a Quick Replies feature to let users quickly reply to a message or call without leaving their active tasks on the screen.