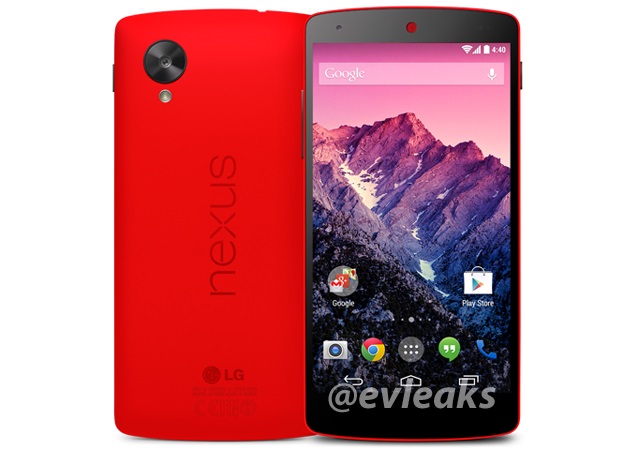 Google's upcoming Red Nexus 5 variant has been leaked again via an unofficial press render ahead of its rumoured Tuesday launch.

The leaked press render come courtesy phone tipster, @evleaks who posted the image on Twitter and writes, "Google Nexus 5, in red, by LG." The tweet clearly points that Google has been working on a new colour variant for the Nexus 5. The press render purportedly shows the Red Nexus 5 in its full glory.

In late January, an image purported to be from US carrier Sprint's internal documentation had been leaked, supposedly meant to inform employees the Red Nexus 5 would be finally revealed on February 4, and will initially be available via the Google Play store.

It's worth pointing out that Google has not launched any Nexus device in any colours except the conventional Black and White.

Google announced the Nexus 5 smartphone on November 1 at Rs. 28,999; however the device officially reached Indian shores only in the third week of November. Google Nexus 5 is the platform lead device for Android 4.4 KitKat.