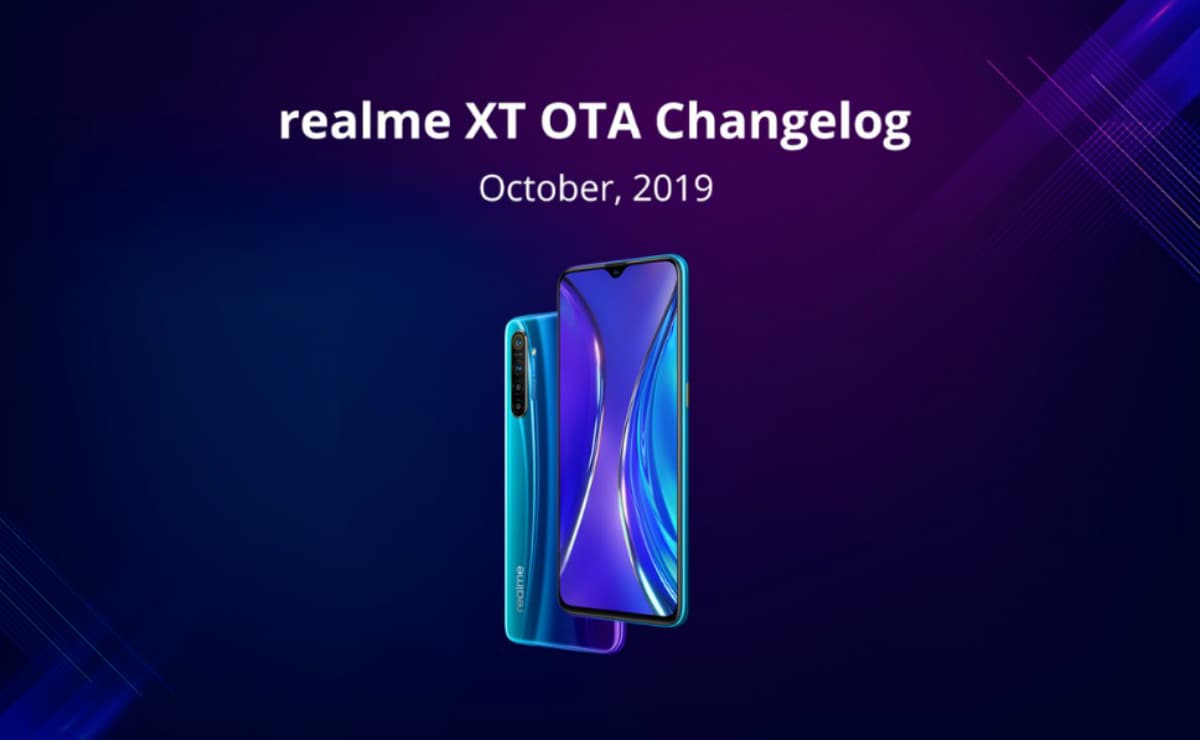 Realme XT is now receiving its October OTA update, wherein it brings the expected system-wide Dark Mode feature. Realme announced that it will bring system-wide dark mode to all its phones, and Realme 1 and Realme U1 received the feature first. Realme 5 Pro and Realme C2 phones got the feature via an update recently, and now Realme XT is getting it too. The Realme XT update also brings optimised system interface, new wide-angle video support, improved camera zoom quality, and more.

The new Realme XT update bumps the firmware version number to RMX1921_11_A.11. The company has announced the rollout on its forums, and the size of the update is 2.87GB. Users are recommended to update their Realme XT as soon as it arrives on their phones. Download under a strong Wi-Fi connection and while the phone is on charge. There is also a manual download link shared by Realme on its software support page, and you can download through Simple mode or Recovery mode easily. Alternatively, update link is offered below as well:

The Realme XT update also adds wide-angle video recording, and fixes the flash colour abnormality in a few scenes. It also fixes the white balance instability in some scenarios. Realme notes that this update is a staged roll out, and the OTA will be randomly pushed out to a limited number of users today and will have a broader rollout in a few days after making sure there are no critical bugs.