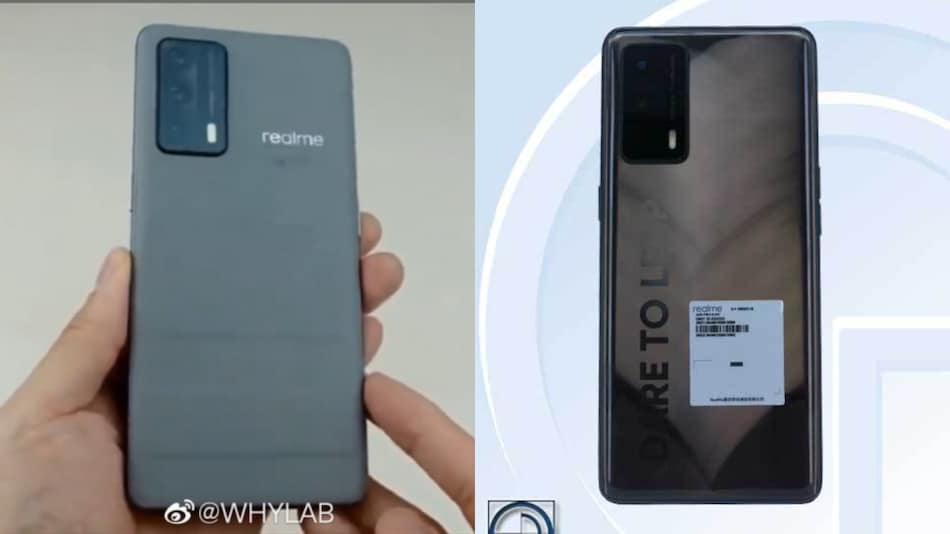 Realme X9 Pro Concrete Edition images and specifications have surfaced online. A TENAA listing said to be of the smartphone, which could be called the Realme GT Neo in some markets, shows a rectangular rear camera module. Separately, Chinese blogger WhyLab has also shared a set of images of the phone that show a similar camera module. These images show the phone sporting a textured gray back similar to the one on the Realme X2 Pro Master Edition designed by Japanese designer Naoto Fukasawa.

As per a TENAA listing of a Realme phone believed to be the Realme X9 Pro Concrete Edition — said to be called Realme GT Neo in global markets — sports a curved 6.55-inch display and a dual-cell 4,400mAh battery. The listing shows that the phone has a model number RMX3116, and measures 159.9x73.4x7.8mm. The handset could come with 5G connectivity, a rectangular rear camera module, and will run on Android 11 out-of-the-box.

Photos of the rumoured Realme X9 Pro Concrete Edition have also been leaked by Chinese blogger WhyLab on Weibo, as spotted by GSMArena. As per the tipster's post, which now seems to have been taken down, the smartphone has a similar camera module as seen in the TENAA images. There are three cameras in the module, and the back panel sports a textured gray concrete design similar to that of the Realme X2 Pro Master Edition designed by Japanese designer Naoto Fukasawa.

What's interesting is that the back panel texture on both the set of images is different which could mean that Realme could launch the Realme X9 Pro in at least two variations. There is no official statement from the company on the phone yet.

A previous report suggests that the Realme X9 Pro will be a part of the Realme X9 series that will also have the vanilla Realme X9 smartphone. The pro variant is tipped to feature a 90Hz refresh rate, MediaTek Dimensity 1200 SoC, up to 12GB of RAM, and up to 256GB of storage. Furthermore, the phone may have a 108-megapixel main camera and two assisting 13-megapixel sensors. The phone may pack a 4,500mAh battery with 65W fast charging support.