Realme X7 series will be the first in the company’s portfolio to come with 120Hz AMOLED display. 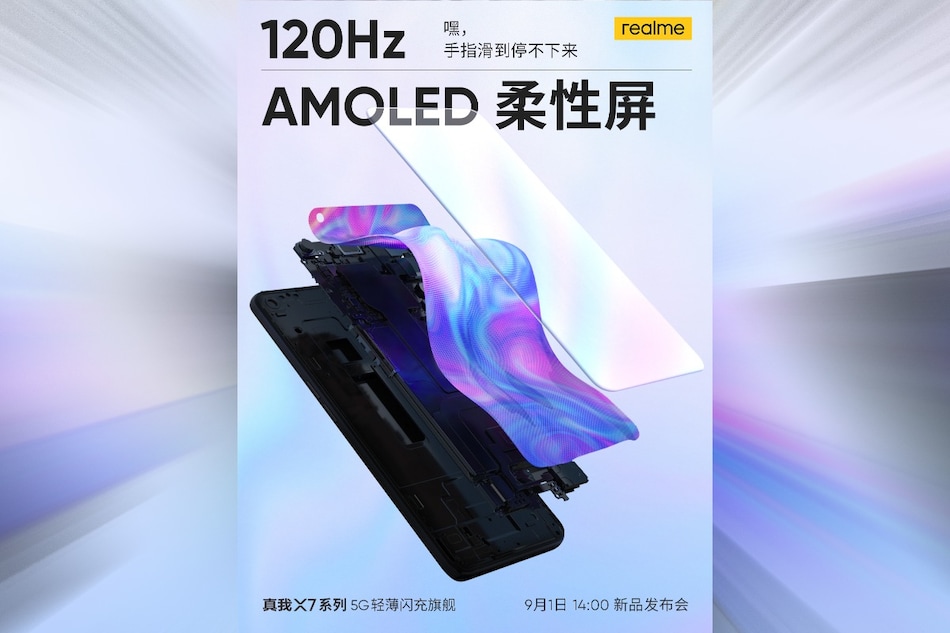 Realme X7 series has been teased on Weibo

As per the teaser posted on Weibo, the Realme X7 series will come with 120Hz AMOLED display. This will be the first in the company's portfolio as it so far has models including the Realme X3 and Realme X3 SuperZoom with 120Hz LCD panels.

The teaser released by Realme also confirms the existence of the Realme X7 Pro - alongside the Realme X7. Additionally, there is a mention of 5G to highlight the presence of next-generation cellular network support on the new series.

Another teaser posted on Weibo suggests a curved display design on the Realme X7 series. That teaser also hints at the hole-punch design.

The Realme X7 series launch will take place in China at 2pm CST Asia (11:30am IST) on September 1. However, there are no details about its global launch.

Specifications of the Realme X7 series are yet to be revealed. However, if we look at some recent rumours, the new phones would come with 65W fast charging and weigh less than 200 grams. The Realme X7 Pro, in the new series, is also likely to come with a 4,500mAh battery, while the Realme X7 could include a 4,300mAh battery.

The Realme X7 series is also expected to come with multiple rear cameras and retain the gradient back design that featured on the Realme X3 models. Some listings surfaced on China's TENAA site that might have suggested the design of the new smartphones.