Realme X50 Pro is being marketed as the first 5G smartphone in India. 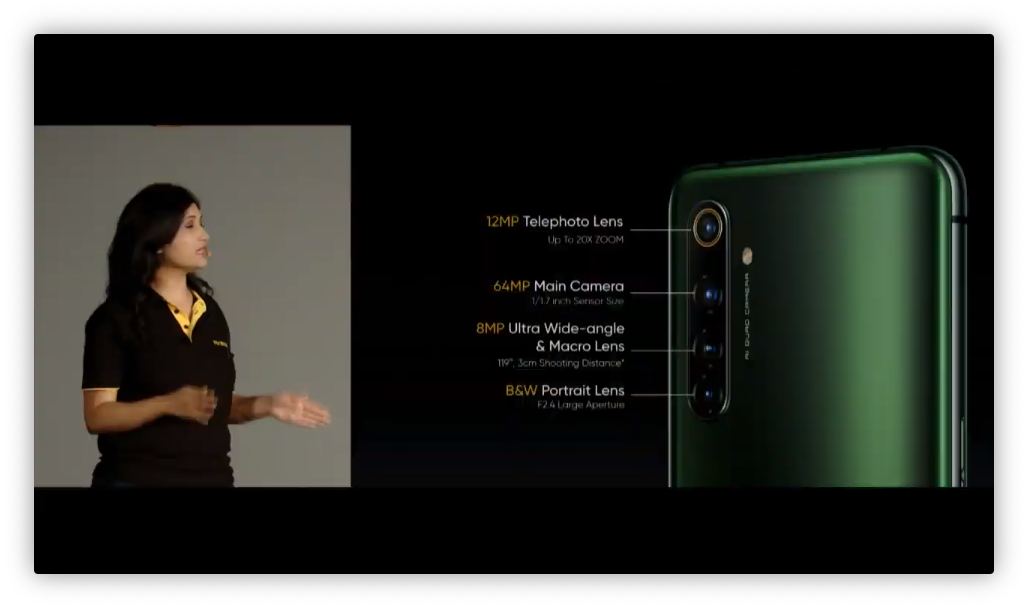 Realme X50 Pro price in India starts at Rs. 37,999, as revealed during the launch event today. The launch event for this smartphone has begun and the company began it by thanking Qualcomm for helping it launch one of the first 5G-ready smartphones in India. Realme also announced the Realme Link app, which will become the control centre for all Realme IoT products. Realme CEO Madhav Sheth announced that the company will launch earphones that support active noise cancellation, smart TVs, and smart speakers too. More smart home gadgets are on the way, Realme said. Realme TV will be launched in Q2 2020.

Realme X50 Pro smartphone is being marketed as India's first 5G smartphone and it was originally scheduled to be unveiled at MWC 2020. But because of the ongoing coronavirus outbreak, the show got cancelled and the company is now hosting an online launch event that will be livestreamed at local media gathering in India and China. Moving on, we already know some of the main specifications of the Realme X50 Pro 5G like Qualcomm Snapdragon 865 SoC under the hood, 90Hz super AMOLED display, quad-rear cameras, and more.

The Realme X50 Pro 5G ships in two colours -- Moss Green and Rust Red. The Realme X50 Pro ships with the Qualcomm Snapdragon 865 SoC. Realme claimed on stage that the smartphone hit an Antutu benchmark score of over 6,00,000, which the company claims is a first. However, it should be noted that while this smartphone does come with 5G support, we as consumers won't be able to take benefit of the technology in India, at least for now. This smartphone has an Adreno 650 GPU, and should be able to provide good gaming performance.

The Realme X50 Pro has a 6.44-inch Super AMOLED Full-HD+ display with a 90Hz refresh rate and an in-display fingerprint sensor. The display has HDR10 support too. This device has two selfie cameras - a 32-megapixel front camera with an 8-megapixel wide angle selfie shooter. There are four rear cameras starting with a 64-megapixel primary camera. Other rear cameras include a 12-megapixel telephoto camera, an 8-megapixel wide-angle camera, and a 2-megapixel depth sensor. This smartphone supports up to 20x hybrid zoom on this device. Realme also announced the launch of a new low light more called Ultra Nightscape Mode, which is supposed to perform much better in low light scenarios.

On the software front, Realme X50 Pro ships with Realme UI based on Android 10. It has features such as dual mode music share that allows you to connect a wired pair of headphones and a wireless pair at the same time and listen to music or audio on both at the same time.