Realme X50 Pro 5G appears to have a dual selfie camera similar to what we saw on Realme X50 5G last month.

Realme X50 Pro 5G is set to launch at MWC 2020 in Barcelona on February 24, Realme confirmed through teaser released on Weibo. The new Realme smartphone is expected to debut as an upgrade over the Realme X50 5G that was launched last month. In addition to the launch date, the teaser shows the dual selfie camera of the Realme X50 Pro 5G that would be featured on the hole-punch display. Realme Chief Marketing Officer Xu Qi Chase has separately posted a screenshot revealing the key specifications of the Realme X50 Pro 5G to create some hype ahead of its official launch.

In addition to the teaser image showing the launch date of the Realme X50 Pro 5G, Realme Chief Marketing Officer Xu Qi Chase has posted the screenshot showing the key specifications of the new smartphone. The screenshot reveals that the Realme X50 Pro 5G will come with the Qualcomm Snapdragon 865 SoC, paired with up to 12GB of LPDDR5 RAM and 256GB of UFS 3.0 onboard storage. The smartphone also appears to run Android 10 out-of-the-box -- along with Realme UI v1.0 on top. 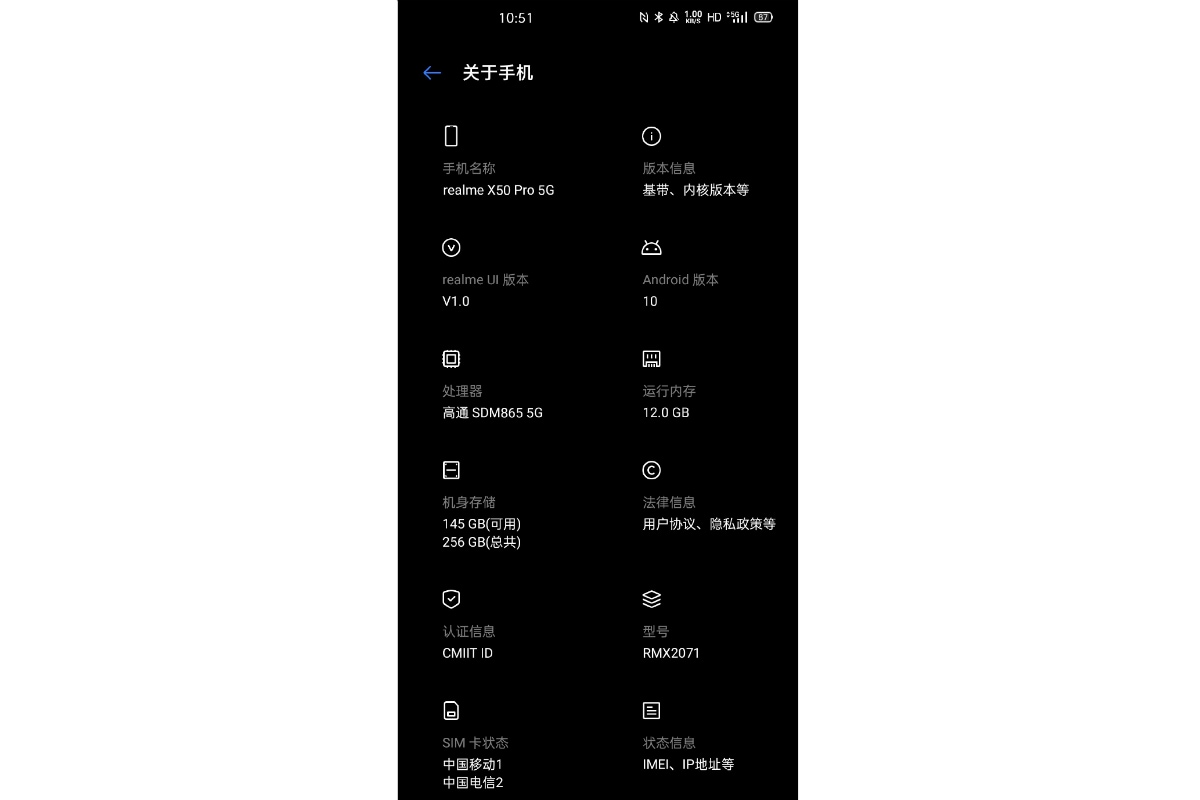 The screenshot mentions the Realme phone with model number RMX2071, which we saw on an AnTuTu listing recently. The listing showed that the smartphone received a top-notch score of 574,985 in a benchmark test.

Realme is hosting an event at MWC 2020 in Barcelona where we'll see the Realme X50 Pro 5G in detail. Meanwhile, it is safe to expect some new teasers and rumours suggesting what we'll get later this year.