The stable updates will begin rolling out from January 2020 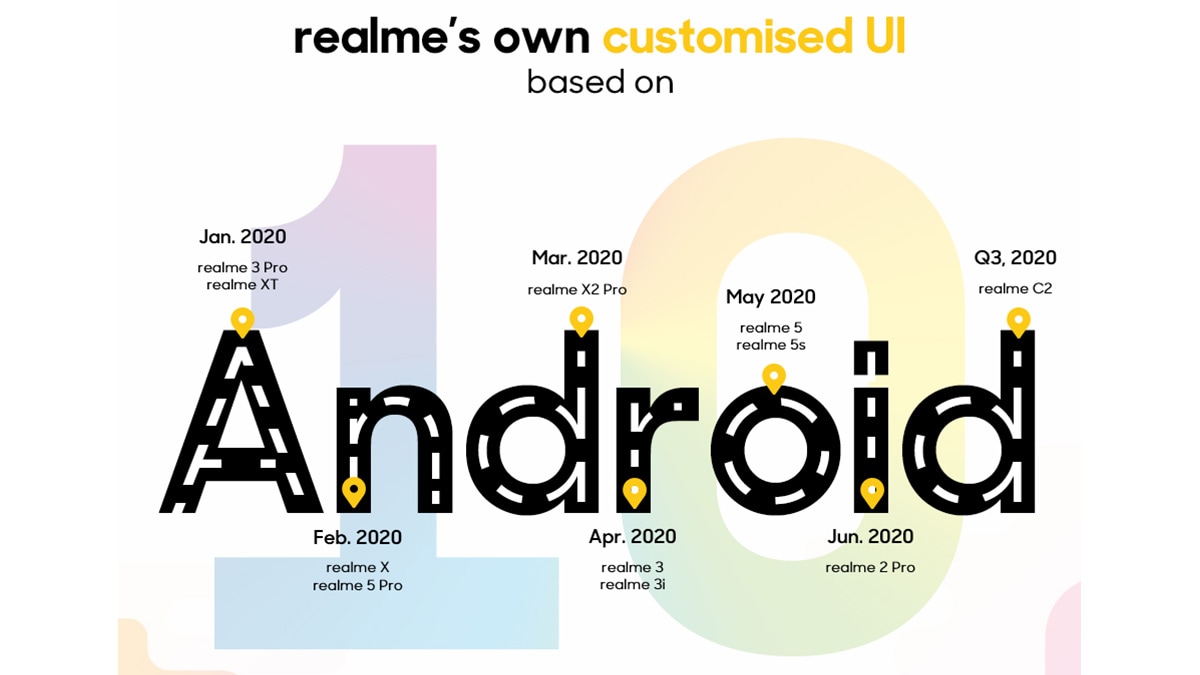 Oppo is all set to launch ColorOS 7, its new custom skin based on Android 10, in India on November 26. Meanwhile, Realme smartphones will also be getting a more customised version of ColorOS 7, which is due to roll out in first quarter of 2020. Now, Realme has officially unveiled its roadmap for ColorOS 7 for its entire smartphone lineup, which begins in January 2020. Whats more, Realme X2 Pro users will be able to get a sneak-peek with the beta version of ColorOS 7 from December 18. The stable rollout of ColorOS 7 will begin from January and extend all the way till Q3 2020.

The official press release from Realme states that this customised version of ColorOS 7 should bring smoother gaming graphics, better RAM management more customisation options for video and vlogging. Some of these customisations include the ability to change app icons, shape and size and the font. There'll also be a system-wide dark mode. Realme has also teased that user can expect some “special features” which will be closer to the stock Android experience but hasn't specified what these actually are.

The beta programme for ColorOS 7 will begin from November 27, specifically for the Realme X2 Pro. You'll have to fill in an application form on the Realme community page, for a chance to be recruited for the beta testing programme. Also, beta testers from Realme X2 Pro, Project X, and Realme XT ColorOS 6.7 beta will also be given a chance to try ColorOS 7, provided you've “proven” yourself worthy. Realme will announce the final list of beta testers on December 9, followed by the actual testing program which commences from December 18 to February 2020.

Realme India CEO, Madhav Sheth, has repeatedly mentioned that ColorOS 7 for Realme phones will be closer to stock Android, which means some of these features won't be found on ColourOS for Oppo phones. But what about the mythical RealmeOS that we've been hearing rumours about? Well, this next version will essentially be RealmeOS, even though it won't be actually called that. In a recent #AskMadhav episode on YouTube, Sheth answers popular queries from the community and one of the burning questions was, when will RealmeOS launch? Sheth categorically states that Realme phones will continue to be based on ColorOS but the next version (ColourOS 7), will be contain exclusive features only for Realme phones which have been incorporated based on user feedback. He further reaffirms that it will be much closer to a stock Android experience too.

In China, Realme will be launching an “early adopter” version of the Realme X2 Pro on December 18, which coincides with the start of the beta program in India.