Realme X2 Pro buyers won’t know the price of the phone at the time of ordering it on November 18. 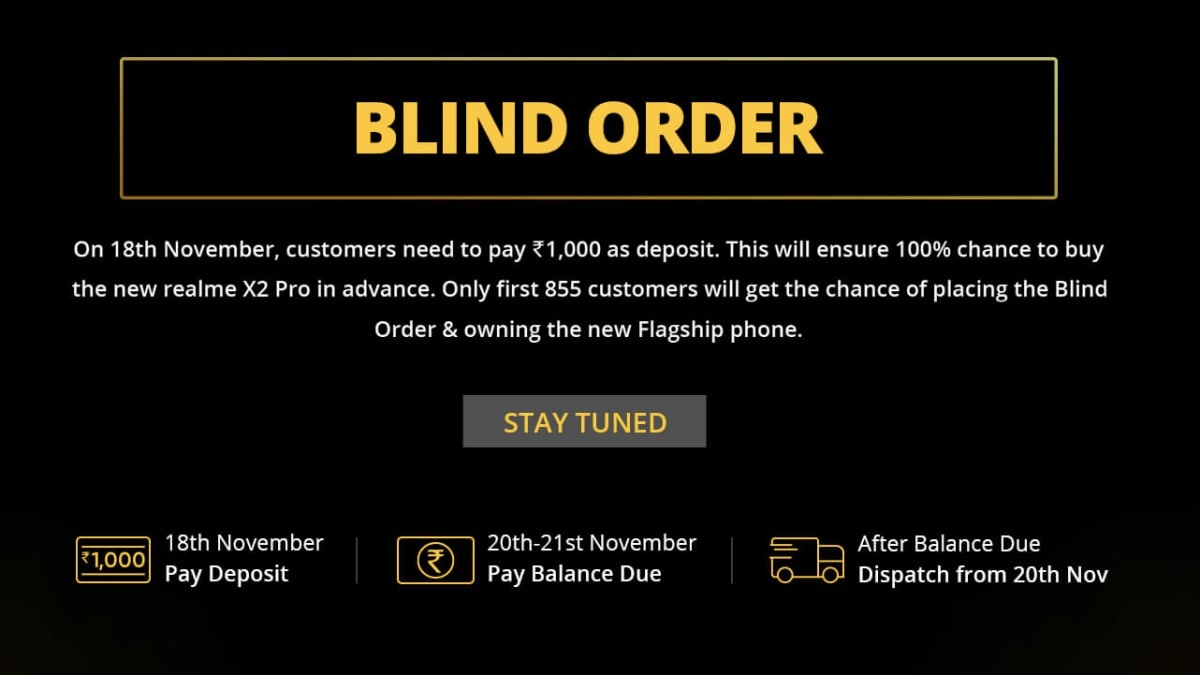 Realme X2 Pro is all set to be launched on November 20 in the country, however ahead of the launch the Chinese smartphone maker is giving interested consumers a chance to order the phone before everyone else. The company will be organising this pre-launch sale on Monday, November 18; hence consumers will have no information on the pricing of the phone while ordering it. Aptly, the company is calling it a blind order sale.

Apart from the pricing of the Realme X2 Pro, everything else about the phone is already known given the phone has already been launched in China.

The dual-SIM (Nano) Realme X2 Pro runs Android 9 Pie with ColorOS 6.1 on top and features a 6.5-inch full-HD+ (1080x2400 pixels) Super AMOLED Fluid display with 20:9 aspect ratio and an in-display fingerprint sensor. The phone is powered by octa-core Qualcomm Snapdragon 855+ SoC, paired with up to 12GB of RAM, and 4,000mAh battery.

On the imaging front, the Realme X2 Pro comes with a quad rear camera setup that houses a 64-megapixel primary shooter with an f/1.8 lens. Other three cameras on the rear include a 13-megapixel secondary shooter with an f/2.5 telephoto lens, 8-megapixel ultra-wide-angle f/2.2 camera, and a 2-megapixel depth sensor. There is a 16-megapixel f/2.0 camera on the front as well for selfies.