Realme X2 will come in at least two different colour options -- with both sporting a gradient finish.

Realme X2, the successor to the Realme X, is set to debut in China as early as September 24, Realme announced through a Weibo post on Tuesday. The new smartphone will sport a quad rear camera setup along with a 64-megapixel primary sensor. The Realme X2 is also expected to come in two different RAM and storage variants with up to 8GB of RAM and 128GB of onboard storage. Further, the Realme X2 would debut in India as the Realme XT 730G, which was announced alongside the launch of the Realme XT last week.

According to the official post on Weibo, the Realme X2 will launch in China at 10am on September 24. The phone is confirmed to sport the quad rear camera setup and include the 64-megapixel primary sensor. 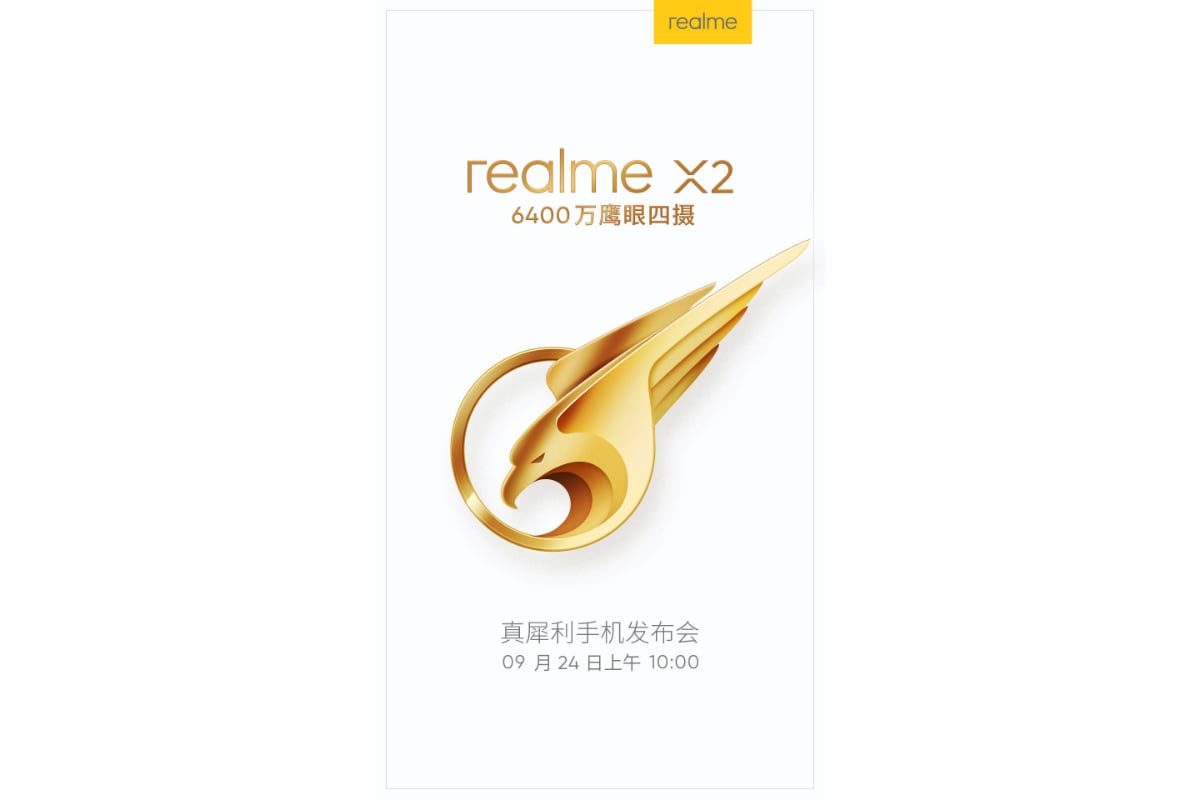 Separately, Realme CMO Xu Qi Chase in a Weibo post revealed that the Realme X2 will come in at least two different colour variants -- both with a gradient finish. The image posted by the executive (as seen above) also shows that the back panel of the Realme X2 will look similar to what we have seen on the Realme XT.

The Realme X2 is believed to debut in India as the Realme XT 730G. The new smartphone was announced by Realme at the time of launching the Realme XT last week and is set to arrive in the Indian market sometime in December.

Realme, while announcing the Realme XT 730G, confirmed that the smartphone would come with a Hyperbola 3D Glass design, which debuted on the Realme XT. The smartphone is also set to come with the 64-megapixel primary sensor-backed quad rear camera setup, Super AMOLED display along with an in-display fingerprint sensor, and a 4,000mAh battery. Moreover, the key distinction between the Realme XT 730G and Realme XT would be the presence of the Qualcomm Snapdragon 730G on the former, whereas the latter has the Snapdragon 712 SoC.

If we look at the recently spotted TENAA listing that was speculated to detail the Realme XT 730G with model number RMX1991, the smartphone would run Android 9 Pie and flaunt a 32-megapixel selfie camera. It was also listed with a 6.4-inch full-HD+ (1080x2340 pixels) display. Furthermore, the smartphone is expected to have 6GB and 8GB RAM options alongside 64GB as well as 128GB of internal storage.