The Realme X second sale in India will be held at 8pm IST and will be live via Realme’s official website and Flipkart.

Realme X made its debut in India earlier this month, and the phone went on sale for the first time today at 12pm (noon) IST via Realme's official website and Flipkart. After the completion of the sale, the company has announced it is holding another sale at 8pm IST. The Realme X is the first phone from the company to feature a pop-up selfie camera and is powered by the Snapdragon 710 SoC. The phone also comes equipped with an in-display fingerprint sensor for authentication.

The Realme X's base 4GB RAM + 128GB storage variant is priced at Rs. 16,999, while the top-end 8GB RAM + 128GB storage variant carries a price tag of Rs. 19,999. The phone is available in a choice of two colour options – Polar White and Space Blue – and went on sale via Realme's official website and Flipkart at 12pm (noon) today. It will go on sale again at 8pm today, the company has confirmed.

As for the sale offers, the Realme website is offering 10 percent MobiKwik SuperCash worth Rs. 1,500 and Jio benefits worth Rs. 7,000 that will be credited in the form of cashback vouchers. On the other hand, Flipkart is offering no-cost EMI, 5 percent Unlimited Cashback to Axis Bank Credit card holders, and 5 percent discount for purchases made using an Axis Bank Buzz Credit card. 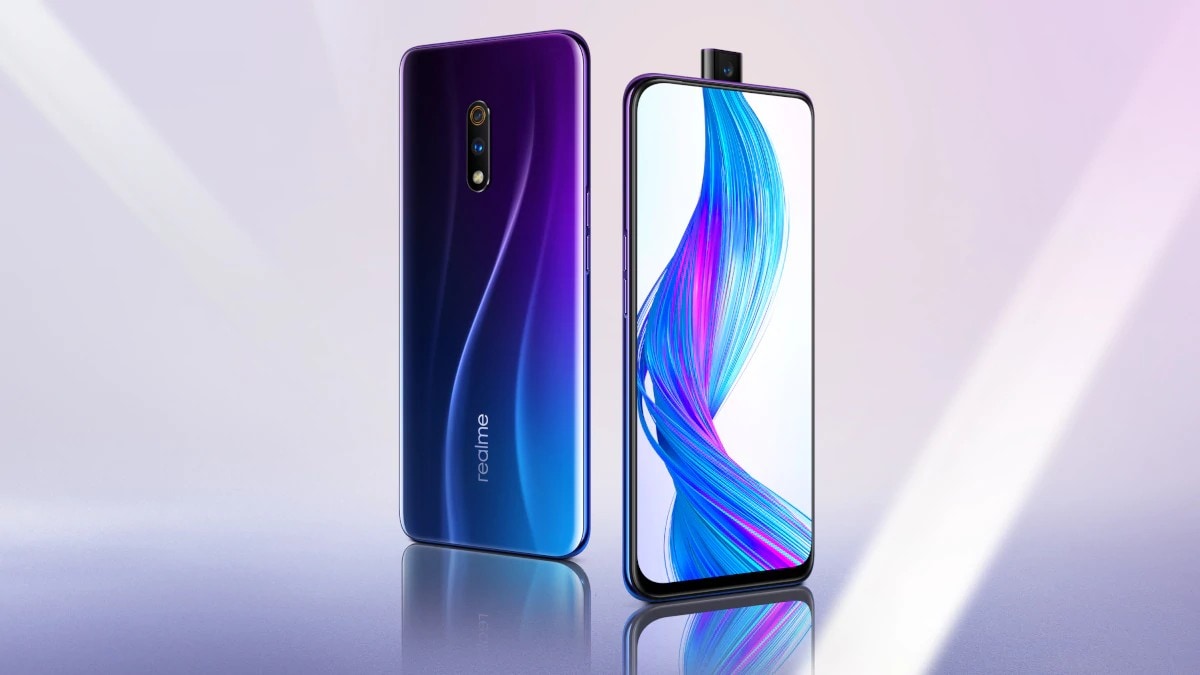 Realme X runs ColorOS 6 based on Android 9 Pie and features a 6.53-inch full-HD+ (1080x2340 pixels) AMOLED display with 19.5:9 aspect ratio and an in-display fingerprint sensor for authentication. The phone is powered by the Snapdragon 710 SoC that is paired with up to 8GB of RAM and 128GB of internal storage.

The phone features a 48-megapixel Sony IMX586 primary sensor at the back assisted by a 5-megapixel secondary sensor. The Realme X is fitted with a 16-megapixel pop-up selfie camera that is claimed to offer an elevating speed of 0.74 seconds. To keep the lights on, the phone packs a 3,765mAh battery with support for VOOC 3.0 fast charging.