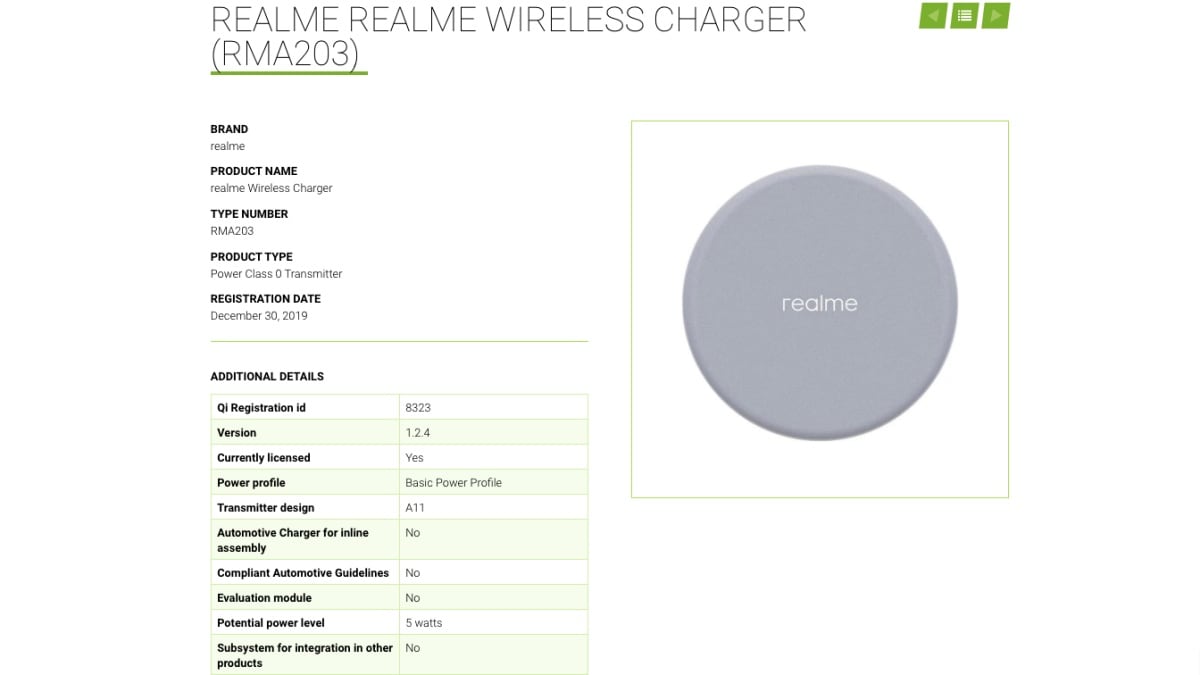 The listing also includes a photo of the wireless charger that carries a circular design with a Realme logo at the centre. Not much else is known about the Realme Wireless Charger right now.

It is likely that we will see a launch in the coming weeks. Realme C3 launch event on February 6 seems like a good place for the company to unveil the charger, even though the smartphone, being an entry-level device, won't support wireless charging.

To recall, Realme had launched its truly wireless earbuds, which are the company's only product with wireless charging support, in December last year. The Realme Buds Air, as they are called, carry a price tag of Rs. 3,999.

Realme Buds Air come with a 12mm bass boost driver, multi-layer composite diaphragm, and environment noise cancellation support for calling. The earbuds also support dual-channel transmission and the company has added a dedicated gaming mode with low-latency. Wireless charging and the presence of USB Type-C port are two features that set the Realme Buds Air apart from this price segment.

The Realme Wireless Charger listing was first spotted by 91Mobiles.