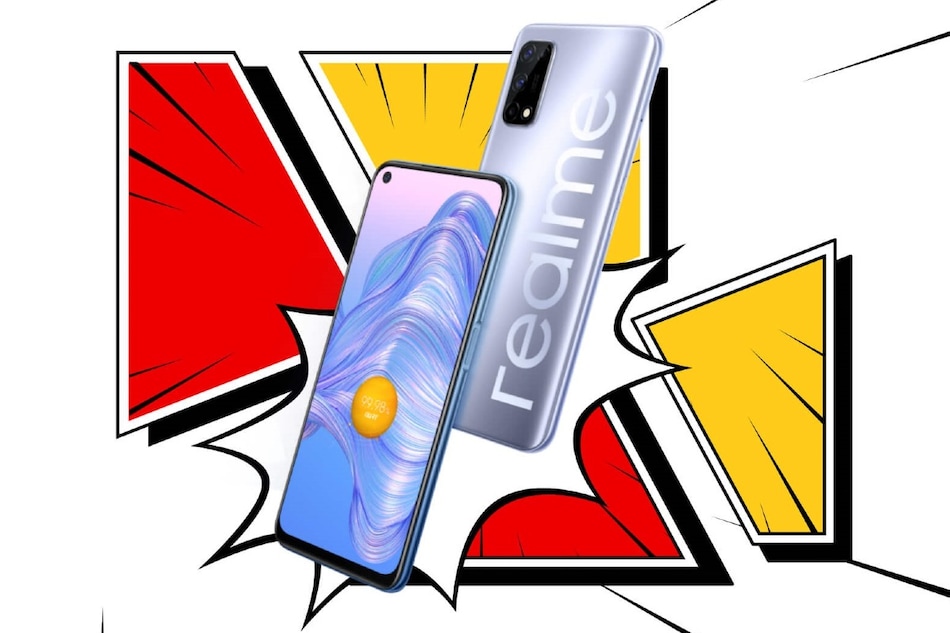 Realme V5 is teased to feature a 7nm 5G-enabled processor

Realme V5 pricing has been tipped days before the phone's launch in China on August 3. The brand's first offering in the V series may be priced at CNY 1,699 (roughly Rs. 18,200). The teaser also shows that the Realme V5 will be carrying a 5,000mAh battery, which was earlier confirmed by the brand in a tease. At the same time, the AnTuTu benchmarking scores of a Realme device with model number RMX2111 also popped up, leading to speculations of a MediaTek Dimensity 720 SoC or the Qualcomm Snapdragon 765G SoC. Whether the tipped model is the upcoming Realme V5 hasn't been confirmed yet.

Chinese tipster C Technology posted a photo on Weibo, which appears to be a sales poster of the Realme V5. It suggests that the 6GB RAM + 128GB storage variant of the Realme V5 may be priced at CNY 1,699 (roughly Rs. 18,200). It didn't reveal the price of the other memory variant, which is expected to carry 8GB of RAM. The post also showed that the phone will come with a 5,000mAh battery, which was earlier teased by the brand itself on Weibo.

Tipster C Technology shared a photo which appears to be a sales poster of the Realme V5
Photo Credit: Weibo/ C Technology

In the same post, the tipster shared that a Realme phone, with model number RMX2111, posted an AnTuTu score of 301,380. This falls in line with rumours of a MediaTek Dimensity 720 SoC, or the Qualcomm Snapdragon 765G SoC, to be included in the Realme V5. Earlier this week, Realme took to Weibo to tease the presence of a 7nm 5G-enabled processor in the device. The brand, however, hasn't confirmed which specific chipset would be featured in the phone.

The Realme V5 also appeared on a listing on the Chinese online retail site, Tmall. It suggested several specifications of the upcoming 5G device, including three colour options of blue, green, and silver.

Its 5,000mAh battery is also confirmed to support 30W Dart fast charging. In terms of camera, it will come with a quad rear camera setup, with a 48-megapixel primary shooter.