Realme seems to be working on two new smartphones

Realme is spotted to have two new smartphones in the works with model numbers RMX2063 and RMX2001. The database of the Federal Communications Commission (FCC) in the US has hinted at the existence of the two new Realme phones that would debut as the company's next-generation affordable models. The new development comes in the midst of rumours suggesting the launch of a new Realme flagship with the Qualcomm Snapdragon 865 SoC. The premium offering is tipped to come with a hole-punch display design.

As per the listing on the FCC site, the Realme phone with model number RMX2063 measures 163.9x75.8x9.4mm and weighs 196 grams. The phone is also listed with ColorOS 7, suggesting the presence of Android 10. Further, the schematics available in the FCC database show a power button on the right and a volume rocker on the left. It also appears to have a 4,300mAh battery on board.

Realme hasn't yet revealed any specifics around the listed phone. However, its India variant carrying model number RMX2061 reportedly received a BIS certification.

The dimensions and weight difference of both surfaced Realme phones suggest that they wouldn't be the two variants of a single model. However, considering their model numbers, both are likely to be the upgrades in the Realme X-series. The Realme X had RMX1901 and RMX1951 as the model numbers to give some perspective. 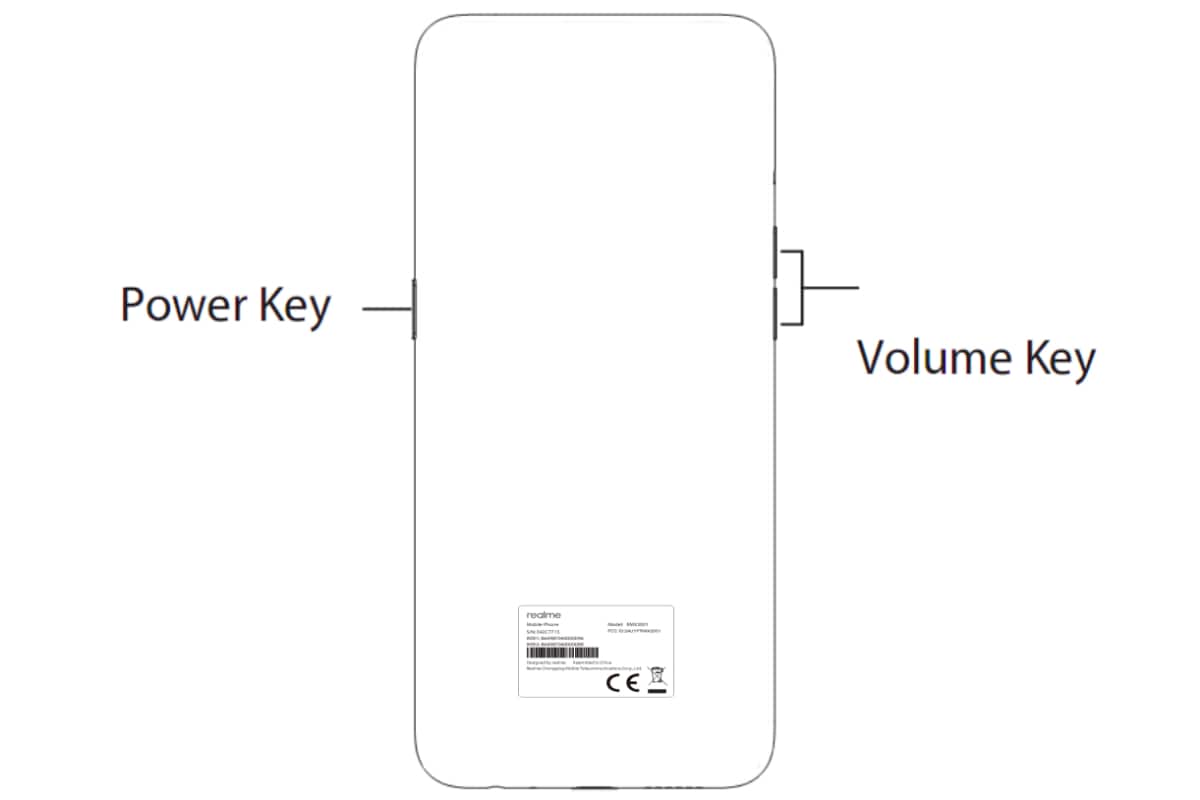 Realme RMX2001 seems to a power button on right and a volume rocker on left -- just like the RMX2063
Photo Credit: US FCC

Having said that, it is also speculated the unannounced Realme phones may be the Realme 6 or new Realme U-series phones.

SlashLeaks reported the existence of the Realme RMX2001 and RMX2063 on the FCC database. However, Gadgets 360 was able to independently confirm the listings of both phones.

Last week, the Realme C3s was purportedly spotted on the US FCC database with model number RMX2020. The phone was found to have a rear-mounted fingerprint sensor and an oblong camera module at the back. This is notably not the case with the newly emerged Realme phones that don't appear to have a fingerprint sensor at the rear side.

A Realme phone was also recently spotted on benchmark site AnTuTu with model number RMX2071 and Snapdragon 865 SoC. It is believed to be the flagship device of the company. Furthermore, the phone is likely to be showcased at MWC 2020 in Barcelona next month.

Further reading: Realme RMX 2063, Realme RMX2001, Realme
Jagmeet Singh Email Jagmeet Jagmeet Singh writes about consumer technology for Gadgets 360, out of New Delhi. Jagmeet is a senior reporter for Gadgets 360, and has frequently written about apps, computer security, Internet services, and telecom developments. Jagmeet is available on Twitter at @JagmeetS13 or Email at jagmeets@ndtv.com. Please send in your leads and tips. More
Oppo Smartwatch Rumoured to Be in the Works With ECG Support
iOS 14 Rumoured to Support on All iPhone models that Supported iOS 13