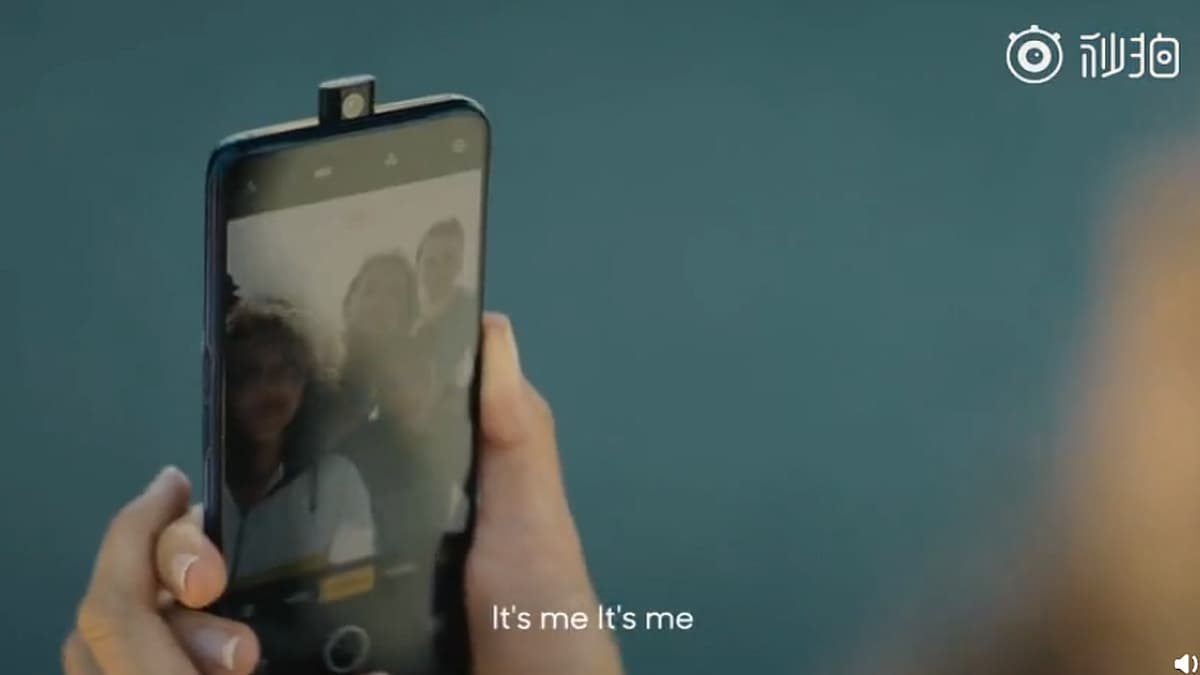 Realme is all set to step up its smartphone game by launching its line of smartphones in China. Earlier today, Realme posted a video on its Weibo account where the company can be seen teasing a phone that has a bezel-less display and a pop-up selfie camera. Now, last week saw the leak of two Realme phones on TENNA; RMX1851 and RMX1901. While the RMX1851 is the Realme 3 Pro that was recently launched in India, the RMX1901, on the other hand, shares a lot of its identity with the phone that is shown in Realme's teaser video on Weibo.

As seen in the teaser video, a Realme phone can be seen three to four times that carries a bezel-less display with no notch and a pop-up selfie camera that is centre aligned. There's a headphone jack present as well at the top of the smartphone that you can see at the start of the video. Other than this, the video also shows that the smartphone doesn't carry a fingerprint sensor at the back. Maybe it might ship with an in-display fingerprint solution? And unlike the Realme 3 Pro, we really hope that the company uses a USB-Type C port at the bottom instead of the age-old Micro-USB port.

Now, as per the RMX1901 TENNA listing, Realme is looking forward to launching a new smartphone in China that carries the model number RMX1901 and the leaked images of it share a lot of similarities with the mysterious smartphone that is teased in the video.

The RMX1901 TENAA listing shows a 6.5-inch no-notch display, likely sporting a full-HD+ resolution. The battery is believed to be 3,680mAh and it will likely ship with ColorOS 6.0 running atop Android 9.0 Pie.

While there is no confirmation yet on the release of these upcoming smartphones in China, it is highly likely that both the Realme 3 Pro and the new phone that is seen in the teaser video should officially release in the country in May.