Realme Narzo 30 is scheduled to launch in Malaysia on May 18 and it is unclear when the phone will come to India. 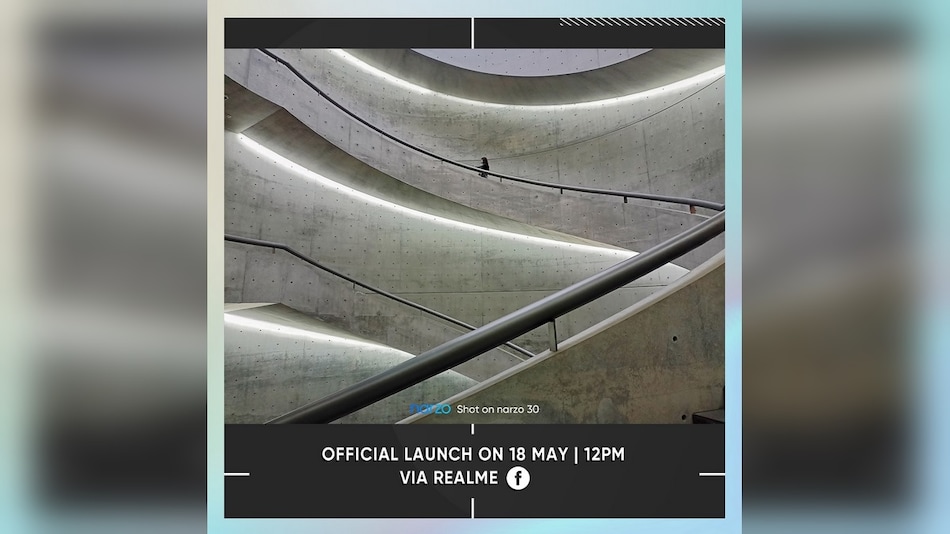 Realme Narzo 30 will feature a triple rear camera setup, headlined by a 48-megapixel primary sensor, the company confirmed. Realme Malaysia shared the development on its Facebook page ahead of the May 18 launch. The phone will join Realme Narzo 30 Pro and Realme Narzo 30A that launched in India back in February. The company has earlier teased several specifications of Realme Narzo 30, such as a 90Hz refresh rate, 5,000mAh battery, and support for fast charging.

The latest teaser shared by Realme Malaysia announces that Realme Narzo 30 will come with a triple rear camera setup that has a 48-megapixel primary sensor. The company also shared a sample image captured with the primary camera. As of now, it is unclear when the phone will come to India as there has been no information from Realme India. Back in March, Realme India and Europe CEO Madhav Sheth said that both the 4G and 5G versions of Realme Narzo 30 will launch together in India soon.

Realme Narzo 30 will be powered by the MediaTek Helio G95 SoC and according to a recent unofficial unboxing video, it may come with 6GB RAM and 128GB of onboard storage. The video also showed a triple rear camera setup with a 48-megapixel primary sensor. It also showed that the phone will feature a 6.5-inch full-HD+ display with 580 nits of brightness and have a 16-megapixel selfie camera at the front. It may also have 9.5mm of thickness and weigh 185 grams.

Samsung Galaxy A11 Getting Android 11-Based One UI 3.1 Update: Report