Realme Narzo 10A Goes on Sale Today at 12 Noon via Flipkart, Realme Website: Price and Specifications

Realme Narzo 10A is powered by the octa-core MediaTek Helio G70 SoC and comes with 3GB of RAM. 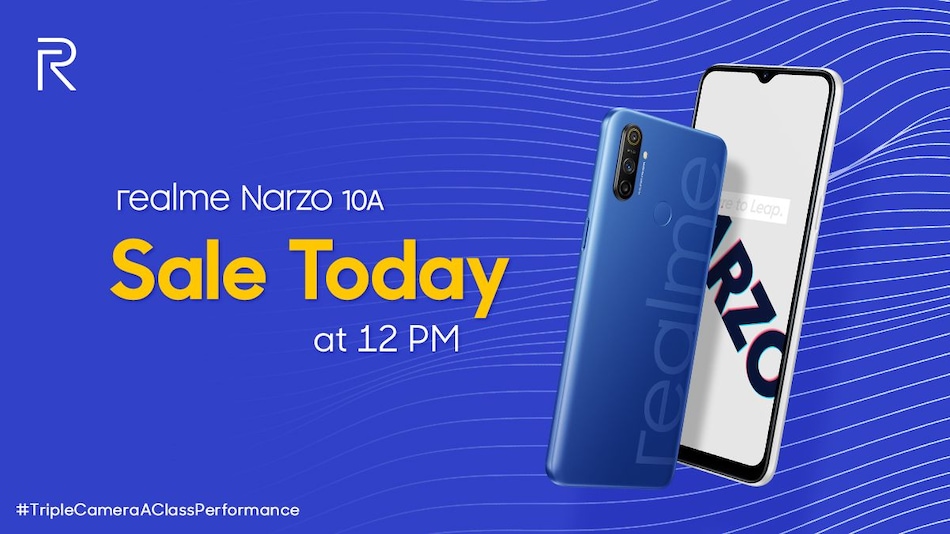 Realme Narzo 10A has a triple rear camera setup

Realme Narzo 10A will go on sale again in India today at 12pm (noon) via the Realme website and Flipkart. This will be the third sale for the phone that launched in early May. The phone comes as a value for money option with impressive specifications including a large 5,000mAh battery. The Realme Narzo 10A is available in two colour options and comes in a single RAM and storage configuration. There are three cameras on the back and a notched selfie camera.

The Narzo 10A by Realme is priced at Rs. 8,999 for the sole 3GB RAM and 32GB storage variant. It comes in two colours namely, So Blue and So White. The phone will be available for purchase from Flipkart and Realme.com starting 12pm (noon).

Flipkart is also offering some discounts and deals on purchase of the Realme Narzo 10A. Shoppers can get a Rs. 30 discount on their first prepaid transaction using RuPay debit card, 5 percent unlimited cashback on Flipkart Axis Bank credit card, and extra 5 percent off with Axis Bank Buzz credit card. No-cost EMI plans are also available ranging from 3 months to 12 months.

For storage, the phone has 32GB onboard and it can be expanded via a dedicated microSD card slot. Connectivity options on Realme Narzo 10A include 4G LTE, Wi-Fi, Bluetooth v5.0, GPS/ A-GPS, and a Micro-USB port for charging. It packs a 5,000mAh battery that supports reverse charging. The Realme Narzo 10A measures 164.4x75x8.95mm and weighs 195 grams.