To recall, Realme planned to launch the new Narzo-series smartphones in India on March 26 and then shifted it to April 21. Both earlier plans were, however, postponed due to the coronavirus lockdown that received some ease recently.

The dual-SIM (Nano) Realme Narzo 10 runs Android 10 with Realme UI on top and features a 6.5-inch HD+ (720x1600 pixels) Mini-Drop display with a 20:9 aspect ratio and 89.8 percent screen-to-bod ratio. The display panel is protected by a 2.5D Corning Gorilla Glass. Under the hood, the phone has an octa-core MediaTek Helio G80 SoC, coupled with Mali G52 GPU and 4GB of LPDDR4X RAM. The phone has the quad rear camera setup that includes a 48-megapixel primary sensor with an f/1.8 lens and an 8-megapixel secondary sensor with an f/2.25 lens that has a field-of-view (FoV) of 119 degrees. The camera setup also includes a 2-megapixel monochrome portrait sensor with an f/2.4 lens and a 2-megapixel macro shooter with an f/2.4 aperture.

For selfies and video calls, the Realme Narzo 10 has a 16-megapixel camera sensor at the front, along with an f/2.0 lens. The selfie camera also supports HD (720p) video recording at 30fps frame rate. However, the rear camera setup supports full-HD (1080p) video recording.

The Realme Narzo 10 has 128GB of internal storage that is expandable using a dedicated microSD card slot. Connectivity options on the phone include 4G LTE, Wi-Fi 802.11 b/g/n, Bluetooth v5.0, GPS/ A-GPS, and a USB Type-C port. Sensors on board include an accelerometer, ambient light sensor, gyroscope, magnetometer, and a proximity sensor. There is also a fingerprint sensor at the back of the phone.

The dual-SIM (Nano) Realme Narzo 10A comes with Realme UI based on Android 10 and has a 6.5-inch HD+ (720x1600 pixels) display with a 20:9 aspect ratio and Corning Gorilla Glass 3 protection. The phone is powered by an octa-core MediaTek Helio G70 SoC, paired with 3GB of RAM. For photos and videos, there is a triple rear camera setup that houses a 12-megapixel primary sensor with an f/1.8 lens. The camera setup also has a 2-megapixel portrait shooter with an f/2.4 aperture and a 2-megapixel macro shooter that also comes with an f/2.4 aperture. 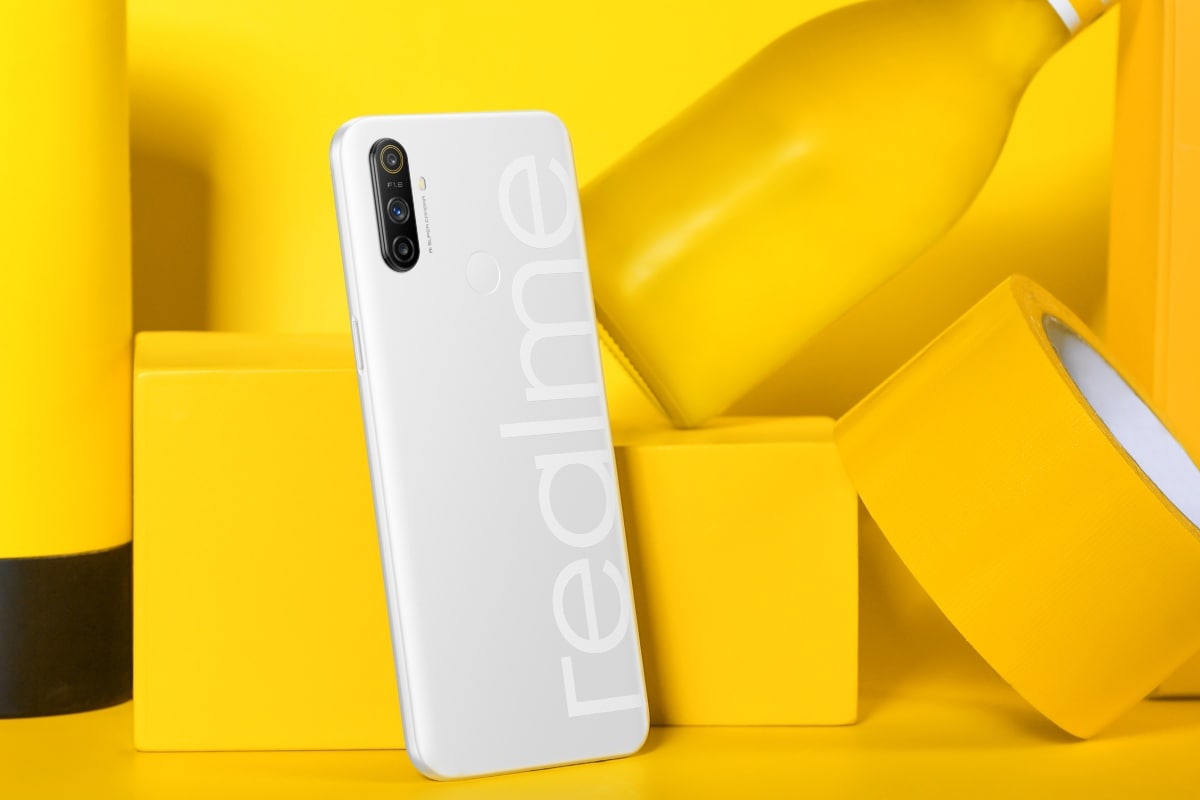 Realme Narzo 10A comes with a triple rear camera setup

To capture selfies and enable video calls, the Realme Narzo 10A has a 5-megapixel selfie camera at the front. The cameras on the Realme phone support features such as AI Beautification, HDR, Panorama, and Timelapse. Furthermore, there is up to full-HD (1080p) video recording support with 30fps frame rate.

The Realme Narzo 10A has 32GB of onboard storage that is expandable via a dedicated microSD card slot. Connectivity options on the phone include 4G LTE, Wi-Fi, Bluetooth v5.0, GPS/ A-GPS, and a Micro-USB port. Sensors on board include an accelerometer, ambient light, magnetometer, rear-mounted fingerprint sensor, and a proximity sensor.