Realme C3 sports a waterdrop-style notch, is powered by the MediaTek Helio G70 SoC, and is offered in two colour options.

Realme C3 has launched in India, and the phone comes with a dual camera setup at the back and a large 5,000mAh battery. The phone will be sold via Flipkart, Realme.com, and will be soon available through Realme partner offline stores across India. The Realme C3 sports a waterdrop-style notch, and a slight chin at the bottom. Other key specifications include a MediaTek Helio G70 octa-core processor, a 6.5-inch HD+ display with 89.8 percent screen-to-body ratio, and it is offered in two colour options. The Realme C3 succeeds the Realme C2 - the popular budget smartphone offering from Realme that was launched last year - but features significantly better specifications than its predecessor.

The Realme C3 is priced in India at Rs. 6,999 for its 3GB RAM + 32GB inbuilt storage model, and Rs. 7,999 for the 4GB RAM + 64GB inbuilt storage model. The phone will be available in Blazing Red and Frozen Blue colour options. It is to go on sale via Flipkart and Realme.com from February 14, with the first sale scheduled to start at 12pm. It will be made available soon via offline stores.

Launch offers of the Realme C3 include Jio benefits worth Rs. 7,550, while the first sale on Flipkart will also see a minimum Rs. 1,000 off on exchange of any smartphone.

The dual-SIM (Nano+Nano) Realme C3 runs on Android 10 based Realme UI, and features a 6.5-inch HD+ (720x1600 pixels) waterdrop notch display with 89.8 percent screen-to-body ratio and Corning Gorilla Glass 3 protection. The phone is powered by the 12nm MediaTek Helio G70 SoC paired with up to 4GB of RAM. It offers up to 64GB of onboard storage with the option to expand further using a dedicated microSD card (up to 256GB) slot.

There is a dual camera setup on the Realme C3 aligned vertically and placed on the upper left corner of the back panel. It has a 12-megapixel main sensor with f/1.8 aperture and 1.25μm ultra-large single-pixel area, and a 2-megapixel secondary camera with f/2.4 aperture. Camera features include HDR, Nightscape, Chroma Boost, Slo mo (480p, 120fps), PDAF, Portrait mode, and more. Up front, there is a 5-megapixel AI front camera with features like HDR, AI Beautification, panoramic view, and time-lapse. 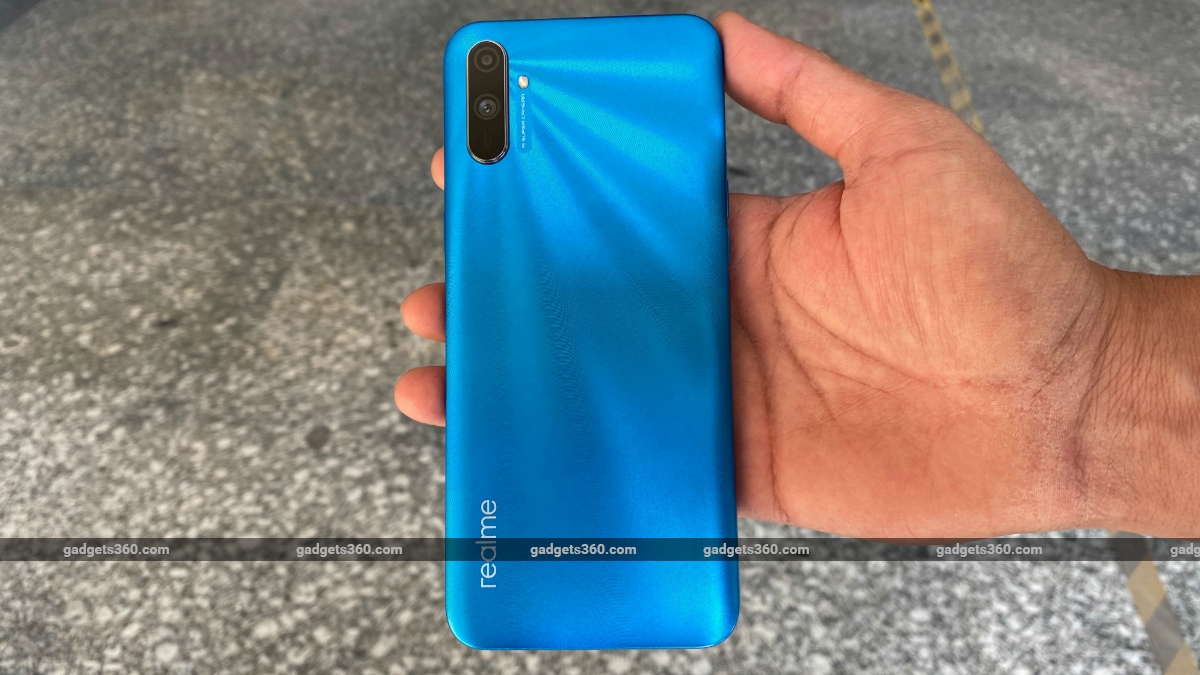