Realme 7 was launched in India earlier this month

Realme 7 is receiving an OTA update and it brings along the August 2020 Android security patch. The changelog confirms that the update also brings several camera improvements and introduces Amazon Alexa support as well. Realme has also optimised the touch control experience and the fingerprint unlock speed with this new update. The Realme 7 was launched in India earlier this month and the phone comes with a Helio G95 SoC. It has a quad camera setup at the back with a 64-megapixel main camera.

The firmware version for the latest Realme 7 update is RMX2151_11_A.43. The update is rolling out to Indian users over the air and its size is listed to be at 306MB. Users can check for the update manually in Settings if they haven't already received a notification. Gadgets 360 can confirm the update us rolling out, having received the update on a review unit. The changelog posted by the company suggests that the Realme 7 update comes with the latest August 2020 Android security patch. It brings camera optimisations like a new dedicated 64-megapixel professional mode, improved quality of the rear cameras, and improved quality of backlight shooting outdoors. The update also optimises the noise in night mode. 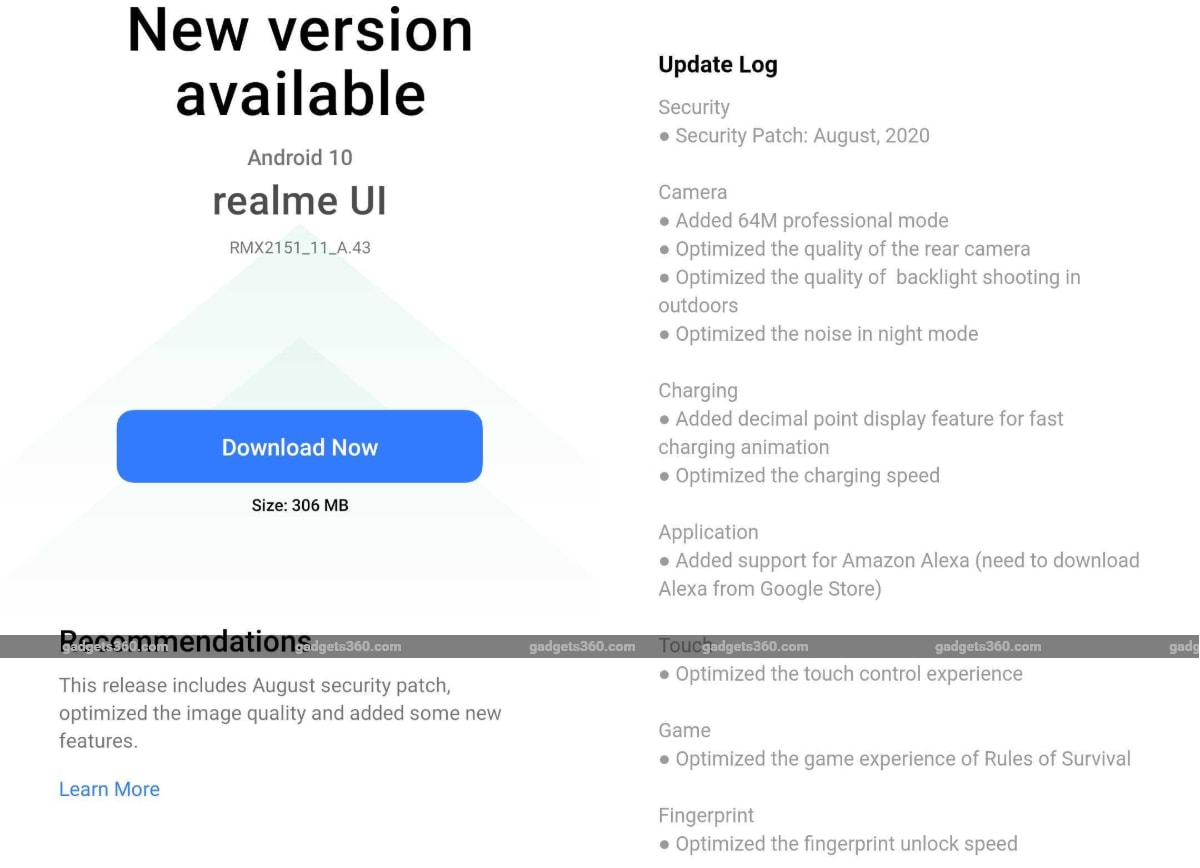 The Realme 7 update also optimises the charging speed and adds decimal point feature display for fast charging animation. As mentioned, support for Amazon Alexa has also been added, although users will need to download Alexa from the Google Play store first. The update brings an optimised touch control experience, optimised game experience of rules of survival and even improves the fingerprint unlock speed.