Realme 6i launch event will be livestreamed on YouTube as well as other social media channels. 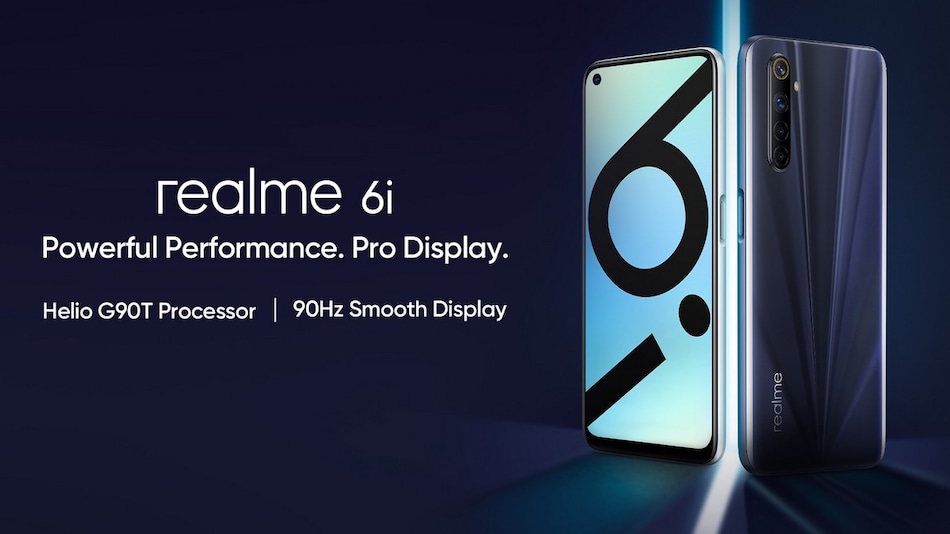 Realme 6i comes with a 90Hz display

Realme 6i will be launched in India today, July 24, at 12:30pm via a live stream on the company's social media channels. The phone is said to be a rebranded Realme 6s that was launched in Europe back in May. The Realme 6i has also got its own dedicated page on Realme website as well as Flipkart that shows of the specifications of this budget-friendly phone. It is powered by an octa-core processor, comes with a high refresh rate screen, and has support for fast charging.

The Realme 6i launch will take place at 12:30pm IST today. The event will be livestreamed on YouTube, Twitter, and Facebook. Realme India CEO Madhav Sheth had earlier tweeted that the Realme 6 series will be updated with a “powerful addition” without sharing the details, but now the company's social media accounts have been updated with the Realme 6i livestream details.

Realme has not shared the exact pricing for the Realme 6i, but a banner on the Flipkart mobile app stated that the phone will be priced under Rs. 15,000. Notably, the phone is expected to be the rebranded version of the Realme 6s that was launched in Europe for EUR 199 (roughly Rs. 17,200) for the single 4GB + 64GB storage option. It comes in Eclipse Black and Lunar White colour variants.

The Realme India website has revealed that the Realme 6i will also come in Eclipse Black and Lunar White colour options. Final pricing will be revealed at the launch event.

The Realme India website and the Flipkart page show off some of the specifications of the phone. The Realme 6i will have a full-HD+ (1,080x2,400 pixels) display with 90Hz refresh rate and Corning Gorilla Glass protection. It will have a screen-to-body ratio of 90.5 percent and 20:9 display aspect ratio. The Realme 6i will be powered by the octa-core MediaTek Helio G90T SoC and will have a 4,300mAh battery that supports 30W Flash Charge.

Rest of the specifications are expected to be the same as the Realme 6s. The Realme 6s runs on Android 10 with Realme UI on top. It has a 6.5-inch display, 4GB of RAM, and 64GB of storage. It has four cameras on the back including a 48-megapixel sensor, an 8-megapixel sensor, and two 2-megapixel cameras. The selfie shooter is 16 megapixels. Connectivity options on the Realme 6s include Wi-Fi 802.11 ac, Bluetooth v5, GPS, NFC, 3.5mm audio jack, and USB Type-C port.